Jessica Alba reminisces upon strict eye contact rules during appearance with ‘90210’ cast: ‘you’ll be thrown off the set’ 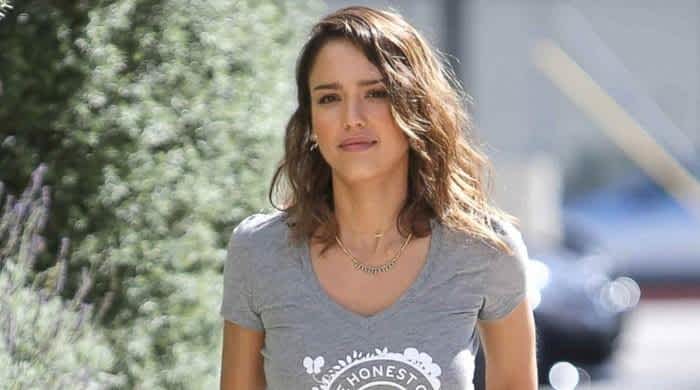 Jessica Alba reminisces upon strict eye contact rules during appearance with ‘90210’ cast: ‘you’ll be thrown off the set’

Jessica Alba reportedly had a tough time alongside the cast of Beverly Hills 90210. All of which was due to the outrageous and rigid ‘no eye-contact’ rule she was drilled, long before she joined the actors on set.

Reportedly, the instructions were so clear cut and harsh that if Alba were to ever go against them, she would be “thrown off the set.”

During her appearance on the Hot Ones Alba reminisced upon her time at the production and was quoted saying, “On the set of 90210, I couldn’t even make eye contact with any of the cast members, which was really strange when you’re, like, trying to do a scene with them.”

She also went on to reiterate the rigidness of the rule, claiming, “It was like, ‘You’re not allowed to make eye contact with any one of the cast members or you’ll be thrown off the set.'”

For the unversed, 90210 was a 10 season long reoccurring production that began shooting from as early as 1990, well into 2000. The cast was extremely star-studded, from Brian Austin Green, Gabrielle Carteris, Priestly, Luke Perry, Garth, Shannen Doherty, and even Ian Ziering.