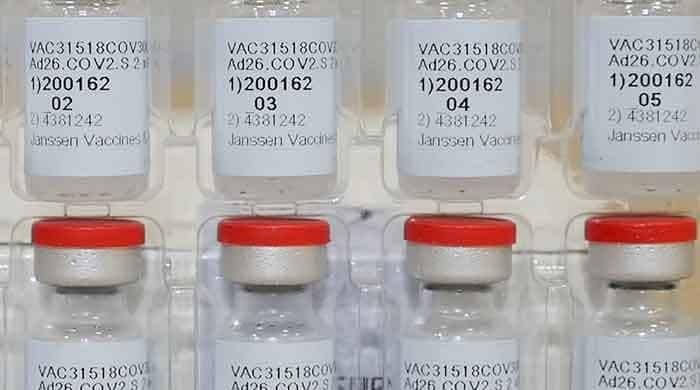 The World Health Organisation on Friday announced that it has greenlighted an emergency use of  Johnson & Johnson’s coronavirus vaccine.

According to the WHO,  the approval of Johnson & Johnson’s vaccine will pave the way for an additional 500 million doses to enter the COVAX global vaccine-sharing scheme.

“Every new, safe and effective tool against COVID-19 is another step closer to controlling the pandemic,” WHO chief Tedros Adhanom Ghebreyesus said in a statement.

The news comes after the single-dose jab won approval from the European Union on Thursday.

It has also received the green light from regulators in the United States, Canada and South Africa.

The World Health Organization said the J&J jab had been granted an “emergency use listing” which assesses the suitability of new health products during public health emergencies and is quicker than the regular licensing system.

The organisation has already granted emergency use listing to the AstraZeneca Covid-19 vaccines being manufactured in India and South Korea, as well as the jabs made by Pfizer/BioNTech.

A decision is expected at the earliest in March on China´s Sinopharm and Sinovac jabs, along with the Moderna vaccine.

WHO authorisation paves the way for the jabs to be used as part of the Covax initiative aimed at ensuring equitable access to vaccines in poorer countries.

Some 500 million doses of the J&J jabs have been promised to the facility and the WHO hopes it can be rolled out through the scheme from July, if not earlier.

“As new vaccines become available, we must ensure they become part of the global solution, and not another reason some countries and people are left further behind,” Tedros told a briefing.

“We hope this new vaccine will help to narrow vaccine inequalities, and not deepen them,” he said.

Clinical trials have found that the J&J shot was 67 per cent effective at preventing people from getting Covid-19.

But that result considered all forms of Covid-19. The jab proved 85.4 per cent effective at preventing severe disease.

“The sample data from large clinical trials shared by the company also shows that the vaccine is effective in older populations,” WHO said.

The J&J shot however appears less protective than Pfizer and Moderna´s regimes, which both have an efficacy of around 95 per cent against all forms of Covid-19 from the classic coronavirus strain.

But while those vaccines need to be stored at very low temperatures, the J&J jabs are stored at minus 20 degrees Celsius but can be kept for three months at refrigerated temperatures.

And since it is a single-dose jab, WHO said it expected it to facilitate vaccination logistics in all countries, WHO said.

J&J welcomed the WHO authorisation and said its jabs would be made available on a not-for-profit basis.

“We are moving forward with urgency and purpose to meet our commitments to the global community as we do all we can to help end the pandemic.”

WHO said Friday that its vaccine expert group would meet next week to formulate recommendations on the use of the vaccine.

The authorisation of the J&J vaccine is welcome news after the WHO had to jump to the defence of the AstraZeneca jab, which for now makes up almost all the doses being distributed by COVAX.

WHO insisted Friday that there was no reason to stop using that vaccine after several countries suspended the rollout over blood clot fears.

The UN health agency said it was examining the safety data, but stressed that no causal link had been established between the vaccine and clotting.