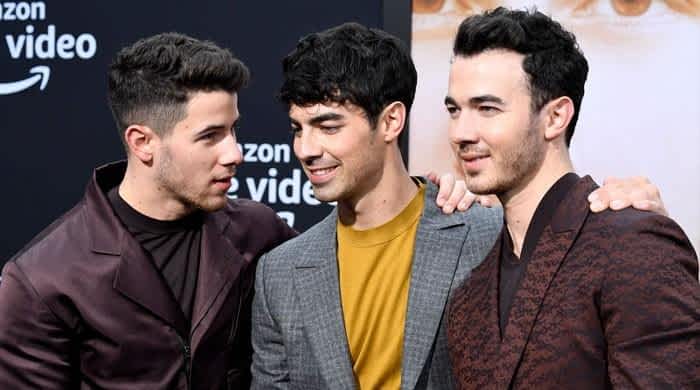 Almost seven months after the pandemic hit, pop band Jonas Brothers have finally returned to the spotlight with a pre-taped virtual appearance that is gearing up to knock the socks off their fans.

The boys touched upon this new project during an interview with People magazine.

Joe explains, “Quarantine’s been quiet. [Being] able to see my brothers for the first time … was really nice. It’s been about seven months since I’ve seen Kevin. I’ve seen Nick here and there.”

“I’ve been working through this whole time, whether it’s been taking meetings or writing, recording for various projects, films, TV shows and Jonas Brothers stuff. [I’ve been] finding inspiration everywhere.

“Running right onto tour after getting married I didn’t really have that alone time I craved with my wife, so I was able to just be in one place which was kind of nice for a change.

“You can only make them focus for so long! You want to encourage them to learn, and they’re so wanting to learn. Through technology, we’ve really made some strides.

“Thank God I’m in a position to be able to take that time and be an at-home dad and sit down and be there with her to do the schoolwork … it hasn’t always been like that. In a way, it’s been really great for our bond as a family.”

With their upcoming performance, Nick is hoping to “bring some light and positivity” into the lives of others. “On top of being thrilled to reconnect as family and band mates, we’re really looking forward to bringing something unique like this to our fans.”