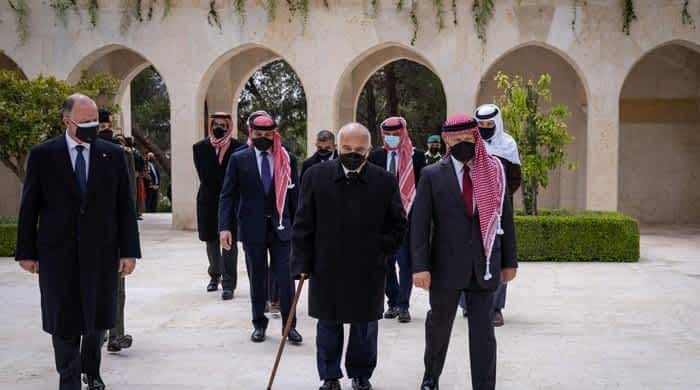 AMMAN: The suspects in an alleged plot to destabilise Jordan will go on trial in the country’s State Security Court, state television reported Wednesday.

“The court’s prosecutor began his investigation Wednesday into individuals implicated in the sedition,” it said.

Since 2013, the jurisdiction of the State Security Court, which has both military and civilian judges, has been limited to five areas — high treason, espionage, drug trafficking, counterfeiting money and terrorism.

Around 20 suspects have been arrested since April 3 in connection with what Deputy Prime Minister Ayman Safadi earlier this month called a “wicked plan” to destabilise the throne.

King Abdullah II’s half-brother Prince Hamzah, a former crown prince who is suspected of involvement in the plot, will not stand trial.

“Prince Hamzah’s case has been resolved within the royal family,” Prime Minister Bisher al-Khasawneh was quoted as telling a closed session of parliament Monday.

Bilawal says PML-N should ‘learn how to accept defeat honourably’