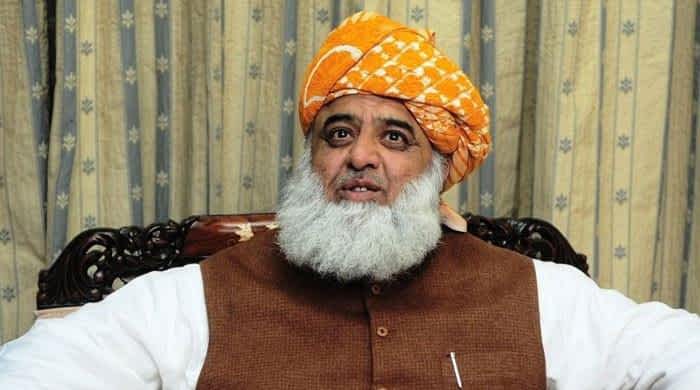 Maulana Fazlur Rehman on Sunday claimed that the domestic violence and Waqf properties bills under consideration in the parliament are against Islam, Quran and the constitution, saying that his party will convene a meeting of all religious parties to formulate a joint strategy against them.

Rehman said that a committee of religious scholars and lawyers has been formed to oppose the Domestic Violence (Prevention and Protection) Bill 2021, and an all-party conference of religious parties will announce countrywide protests against “the government’s move to secularise the country through such bills”.

“We are in favour of ending domestic violence, but that bill is aimed at destroying family life and promoting Western culture and values rather than Islamic ones.” He termed the bill an effort to destroy the dignity of women in Islam, and urged people to unite against “those who want to impose Western culture in Pakistan”.

The JUI-F chief said that the heads of the constituent parties of the PDM are meeting in Islamabad on August 11 to finalise a strategy for the next phase of their anti-government campaign, adding that the Pakistan Peoples Party (PPP) will not be invited to attend the meeting.

“The PPP has left the opposition alliance because of its own politics. They should reconsider their policy. We know the politics of the PPP well.”

Rehman rejected the federal government’s electoral reforms, which include the use of electronic voting machines in the polling process, saying that “elections under a government that is the result of rigging is unacceptable”. “The announcement of local government elections is a sham. Our demand is fair general elections.”

The JUI-F chief said that the Afghanistan issue should be resolved on political grounds. “The Taliban leadership in Afghanistan has been talking about initiating negotiations, which is a good sign.”

He said that in the current situation in Afghanistan, Pakistan as a major stakeholder has not been invited to the Security Council meeting. “On the other hand, US President Joe Biden is not ready to talk to the fake prime minister of the country and is reluctant to trust Pakistan.”