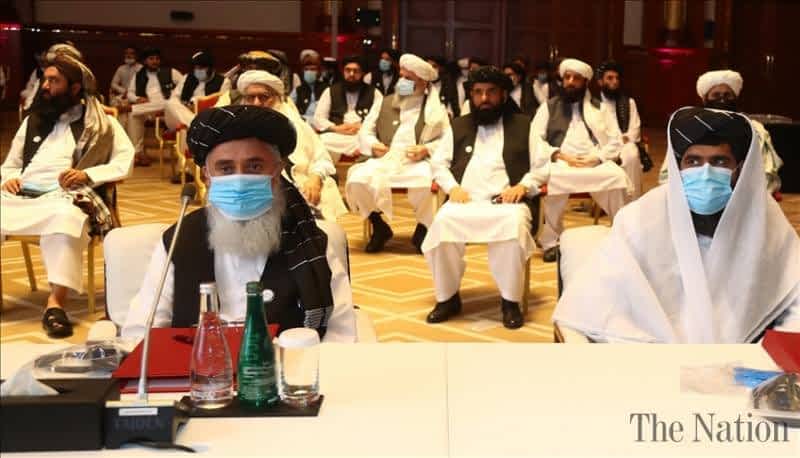 The Afghan government on Saturday floated an idea of executing the remaining steps of crucial intra-Afghan negotiations with the Taliban inside Afghanistan.

In a series of tweets, National Security Adviser Hamdullah Mohib said the Afghan government has no specific concerns regarding location inside the country, and the Taliban can pick a spot for these talks anywhere in the country.

The talks are currently underway in the Qatari capital Doha, where the Taliban have their political office.

“Peace talks within Afghanistan will help create a credible exclusive security zone, and enable the Afghan people to own and oversee peace and negotiations. Negotiators will be better aware of the grievances and demands of their countrymen and will avoid additional costs in the process,” he said.

The Taliban are yet to comment on the offer.

Mohib said that the peace process and peacemakers abroad are affected by external conditions, and experience has shown that such peace does not serve Afghan interests.

Hours after his statement, the peace negotiators of both the Taliban and the Afghan government in Doha announced a three-week pause in the ongoing talks in Doha.

According to a joint statement, both sides shared initial lists of agenda items and conducted preliminary discussions on the list.

“Since the agenda items need further consultations, the two sides agreed for a recess and to resume the second round of talks on Jan. 5, 2021,” said Nader Nadery representing the Afghan government and Mohammed Naeem of the Taliban delegation in separate tweets.

Both sides thanked the people and the Qatar government for generous hospitality and providing facilitates for the talks.

The talks are aimed at ending the nearly two-decade-long conflict following a landmark peace deal between the US and the Taliban inked earlier in February that calls for the withdrawal of all foreign troops from Afghanistan.