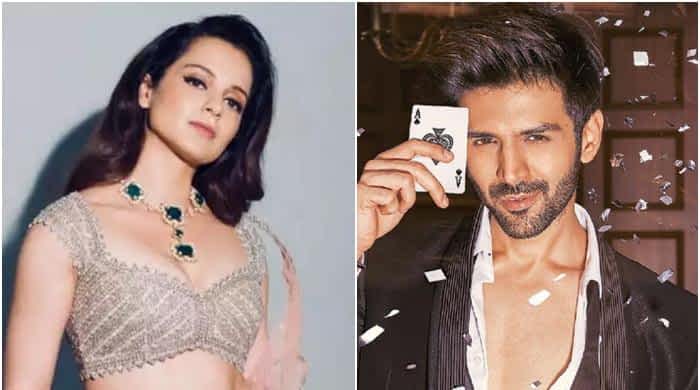 The diva stepped forward to express her sympathies with the Luka Chuppi star after reports revealed that he exited the project owing to some rifts with the makers.

The Queen actor turned to Twitter and wrote: “Kartik has come this far on his own, on his own he will continue to do so, only request to papa jo and his nepo gang club is please leave him alone like Shushant don’t go after him…”

“Leave him alone you vultures, get lost chindi nepos…Kartik no need to be scared of these chillars…. after doing nasty articles and releasing announcements blaming only your attitude for fall out this moron wants to maintain dignified silence. They spread same stories of drug addiction and unprofessional behaviour for SSR also,” she added.

“Know that we are with you, the one who did not make you can’t break you either,today you must be feeling lonely and targeted from all corners. No need to feel so,every one knows this drama queen JO, you will do very well dear, trust your instincts and be disciplined. much love,” she said in another tweet.