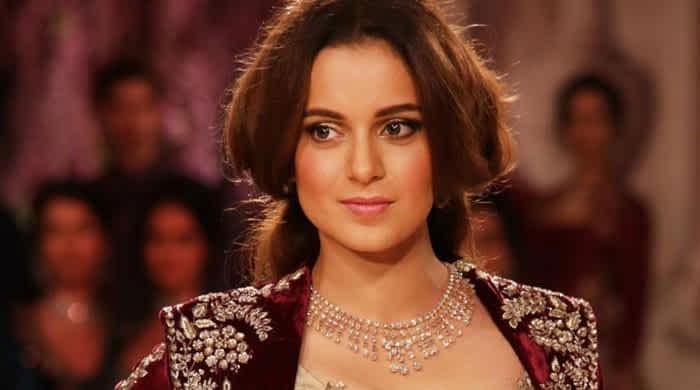 B-Town’s most controversial star Kangana Ranaut lets go of no chance to call out Karan Johar.

The Manikarnika star is coming all guns blazing against him once again, along with Aditya Chopra, claiming she was harassed by the two of them.

The tirade began when trade analyst Taran Adarsh had tweeted about the star’s upcoming film Thalaivi, saying there were no changes in its release date.

Responding to that, Kangana wrote: “They did everything to throw me out of the industry, ganged up, harassed me today Bollywood ke thekedaars Karan Johar and Aadiya Chopra are hiding, all big heroes are hiding but Kangana Ranaut with her team coming with 100cr budget film to save Bollywood.”

“History might just write in golden letters the woman who was the outsider step child, was destined to be their saviour, you never know life have many ways of amusing us, if this happens, remember Bullywood chillar party never ever gang up on your Mother again.”