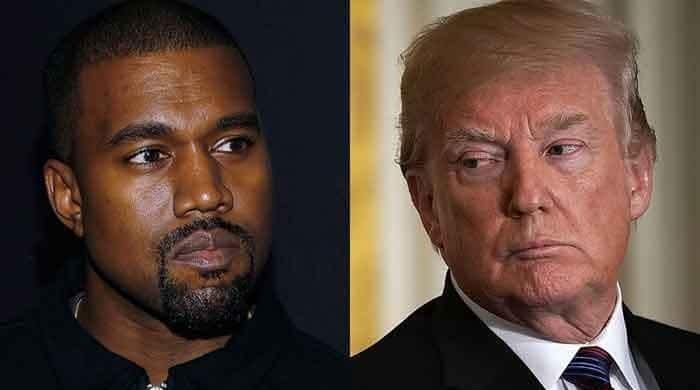 LOS ANGELES: Kanye West has released his newest single “Ye vs. the People” and interestingly he has dedicated it in Trump’s defense.

Kanye took his pro-Trump clarifications to the next level with the latest song and has flabbergasted the internet community once again – ever since he showed off a Trump-signed ‘Make America Great Again” red cap on Twitter.

The American rapper also dropped a link on Twitter Saturday to a stream carrying the newest release.

The music dedication wouldn’t be everyone’s favourite rap but the lyrics are the new deal, beginning with:

“I know Obama was Heaven-sent, But ever since Trump won, it proved that I could be president.”

To this, T.I. responds: Yeah you can, at what cost, though? Don’t that go against the teachings that Ye taught for?” the song goes on.

I feel an obligation to show people new ideas

And if you wanna hear ’em, there go two right here

I took it, wore it, rocked it, gave it a new direction

And y’all simply questionin’ my methods

What you willin’ to lose for the point to be proved?

This s— is stubborn, selfish, bullheaded, even for you

You wore a dusty-a– hat to represent the same views

As white supremacy, man, we expect better from you

Not just to be let down when we depend on you, homie

It appeared that the announcement was not another of his  pranks the internet came across recently – one that had appeared Friday when West tweeted a link to a song “Lift Yourself” and it turned out to be a poop song.

“I’m going to drop a song with a verse that will bring Ebro the closure he’s been seeking,” adding, “It’s called Lift Yourself.”

The song began with simple beats and guitar chords and it took a minute and fifty five seconds of chorus for the audience to get to know that it’s a prank.

The 40-year old has been giving his sardonic comebacks since the last week following his political wit whereas the internet, too, had been joking about his understanding with Trump.

Kanye is still at hype on social media following his earlier Trump-friendly tweets during the last week and receiving ‘non-racist’ encouragement from Donald Trump just yesterday.

“Kanye West has performed a great service to the Black Community – Big things are happening and eyes are being opened for the first time in Decades – Legacy Stuff!,” Trump tweeted. “Thank you also to Chance and Dr. Darrell Scott, they really get it (lowest Black & Hispanic unemployment in history),” Trump wrote on Twitter.