Karachi, Lahore yet again make it to list of top 10 cities with bad air quality 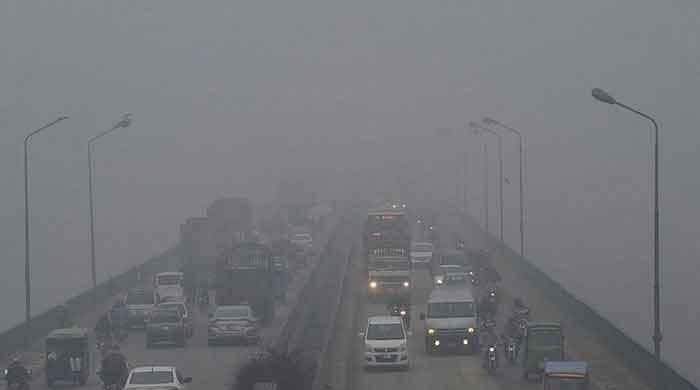 Lahore and Karachi — both capital cities of Sindh and Punjab respectively — once again made the  list of top 10  cities of the world with the worst air quality, according to IQAir.

Karachi and Lahore recorded a particulate matter (PM) rating of 183 and 170, respectively, both considered “unhealthy”.

The top 10 cities with the worst air quality. — IQAir

The United States Environmental Protection Agency regards air quality satisfactory if the AQI is under 50. Lahore’s AQI fell in the range of 301 and higher, which has been classified as “hazardous”.

To reduce the smog, the provincial disaster management authority in Punjab has sealed 1,718 brick kilns, 2,658 industries, and impounded 11,782 vehicles till December 12.

PDMA has arrested 544 people, according to a report by the authority from November 22.

Endowment fund to be established to preserve heritage buildings

PTI to take allies into confidence over legislative plans