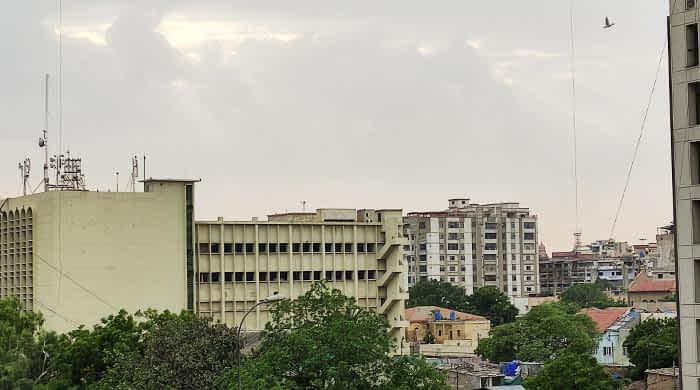 Dust storm and rain hit several parts of Karachi on Tuesday evening after several days of high temperature. The Meteorological Department (Met Dept) said the rains are likely to stop and storm clouds will disappear after two to three hours.

Met department says the metropolis was covered with dark clouds before the storm hit the city.

PMD Director Sardar Sarfaraz said that thunder cells have developed over Karachi due to the sweltering heat.

“Winds are blowing from the Northeast. The clouds are forming in the northern part of the city,” said Sarfraz. He added that the department had warned of strong winds a threat advisory for Cyclone Tauktae was issued.

The PMD official also said that the temperature in Karachi will decrease from tomorrow, adding that the clouds will leave the city in the next two to three hours.

Sarfaraz also said that there was no chance of heavy rain in Karachi but added that the clouds had covered the city due to heat and cyclone.