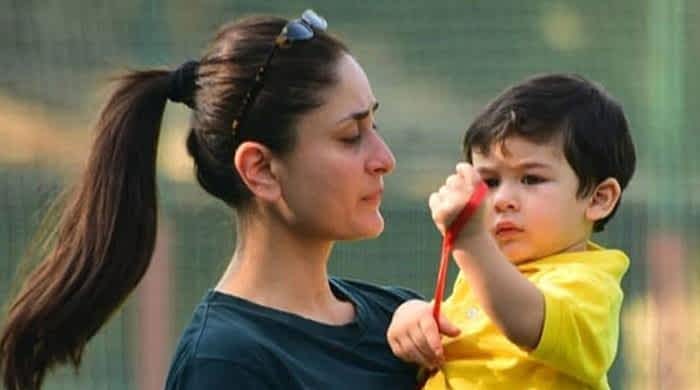 B-Town superstar Kareena Kapoor is a beloved name in the industry not just for her on-screen brilliance but also for the way she manages to raise her son amidst her hectic schedule.

That being said, the diva still has her fair share of detractors as she recently faced criticism from quite a few people after her and Saif Ali Khan’s son Taimur ran into a glass door.

Kareena and Taimur were going to attend the birthday bash of Karisma Kapoor’s daughter Samiera and an excited Taimur spotted the paparazzi and decided to run inside the apartment. Amidst the rumpus, he couldn’t spit the glass door and dashed right into it.

The mom of two then had to bear the brunt of her toddler’s impatience as many mom-shamed her for not being careful enough to protect her son.

A social media user wrote: “Mom is busy with her paid photographers feel sad for the little boy.”

“She so into the photographers she ignores her kid walking in the glass that’s bad parenting,” added another user.

“Poor chap!! He doesn’t like papz taking his picture, so he yells, tries to run away and bangs his head in the door. It is very clear he doesn’t like it but who cares, right! I think @kareenakapoorkhan should take proper action to protect him,” chimed in another.