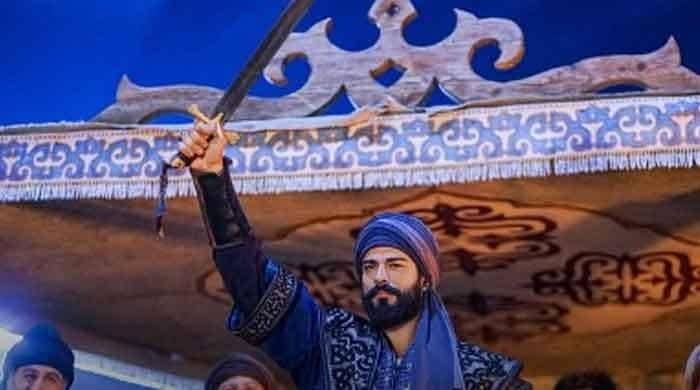 The trailer for “Kurulus:Osman” episode 40 left fans excited  as it shows   Osman at the helm of affairs in Kayi tribe after his father’s death.  The trailer also  features an emotional Bamsi Bey,  an angry  Savci and  a couple of  worried women including Seljan Hatun.

The Turkish warrior is seen motivating the crowd outside his camp after taking oath as Bey of the tribe.

The clip shared by “Kurulus:Osman” producer Mehmet Bozdag was captioned: “Whoever conquered Kulucahisar twice, who saved Söğüt, be Kayı Bey! “.

Episode 39 showed the death of veteran commander Ertugrul Bey and his name became top Twitter trend in Pakistan and elsewhere as fans mourned the death of their beloved character.