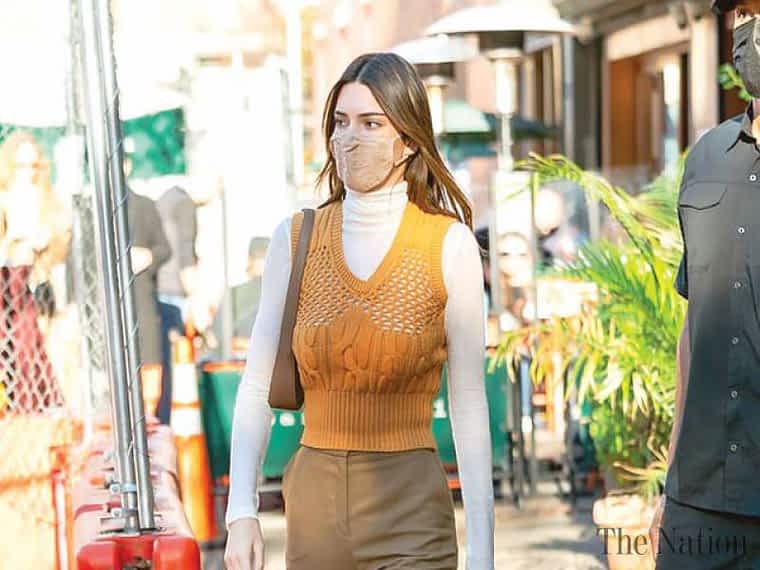 ISLAMABAD-She has risen to the top of the model ladder since making her fashion week debut in 2014. And Kendall Jenner showcased her runway-worthy frame as she ventured into New York City for the second time recently. The KUWTK star, 25, changed out of her earlier attire and into an ensemble that conjured up the feelings of fall. Jenner, who was joined by a few of her closest pals, leisurely sipped on a hot cup of coffee, while sitting on the patio of a nearby cafe.

While seated at her table, Kendall removed the nude toned mask from her face and gave passerbys a look at her famous mug. She appeared to be wearing little to no makeup and her signature brunette hair was parted down the middle and styled into loose waves. The Vogue cover girl layered a striking orange knit sweater vest over a thin ivory turtleneck top that highlighted her toned arms. The hem of her sweater vest met perfectly with the waistband of her brown trousers that accentuated her curves. Kendall’s flared bottoms covered the upper half of her brown leather combat boots that featured yellow stitch detailing.

Car transforms into flying vehicle ‘in less than three minutes’