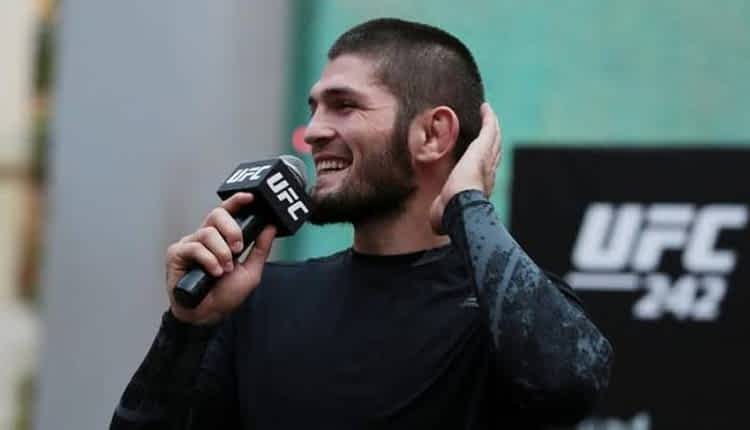 Nurmagomedov retired undefeated and uncontested as champion. In October, he defended his UFC lightweight title in a fight with American Justin Gaethje. After this fight, he said he would retire due to the death of his father and coach due to COVID-19 earlier that year, and because of the promise he gave to his mother to stop fighting.

Russian mixed martial artist and former UFC lightweight champion Khabib Nurmagomedov said on Saturday he was not thinking about resuming his career.

Speaking to reporters while visiting the Russian city of Kazan for the 36th bout of his own promotion, Eagle FC, the 32-year-old fighter said that questions about his potential return would never stop, as he will always be told that there were precedents of fighters coming back to the championship at the age of 40 and older.

“It is better not to wait for my return, as it will take a long time to wait. Not interested at all. Why should I fight? I’m tired. In training, we fight, but to enter the arena, to prove … What? Why go out? To assert myself or earn money? I’m not interested in this,” Nurmagomedov told reporters.

In an interview with Mike Tyson last week, Khabib’s manager, Ali Abdelaziz, said that the former champion is still being courted for a bout, but that he has remained steadfast in his decision to retire, despite receiving some of the most enticing offers imaginable.

“Two weeks ago, [or] 10 days ago, Dana White called me,” the fighter’s manager explained. “He said, ‘Georges St-Pierre, he said he’ll fight Khabib in a non-title fight at 165 pounds.’ In a way, we’ve been waiting for Georges. I like Georges. He’s my friend. I like Georges. … We’ve been waiting for Georges for four or five years. ‘I’m coming. I’m not coming.’ … Now, [St-Pierre] said, ‘Hey, Khabib is retired. I’m retired. What about coming back and fighting Khabib now?”

Nurmagomedov had long wanted to fight St-Pierre, whom he and his father regarded as one of the best fighters of all time, and after his father’s death last year, there was a lot of speculation that Khabib would seek to complete his career with a fight against the Canadian.

“But you know, Khabib got offered $100 million after he was retired to fight Floyd Mayweather,” Abdelaziz added. “$100 million. You can ask Floyd. You can ask everybody. Khabib said, ‘No, I’m retired. I told my mother I’m retired. I’m going to keep my word to my mother. If my mother told me to fight again, maybe I will. But right now, she told me not to fight.'”

Meanwhile, Khabib seems to be enjoying his time out of the octagon, as he is developing his businesses and directly training a new generation of fighters, just like his father did back in the day.

In March, UFC president Dana White, who was among those most actively speculating on The Eagle’s possible return, finally conceded that the Russian fighter had made his decision to end his career and it can not be revised.

In a subsequent interview with ESPN, White also revealed that American Michael Chandler and Brazilian Charles Oliveira would fight for Nurmagomedov’s vacant champions’ belt on May 15 at UFC 262. Charles Oliveira was crowned as a new lightweight champion.

On April 7, 2018, Nurmagomedov won the UFC title by unanimous decision over American Al Iaquinta. He successfully defended his championship three times, defeating Conor McGregor, Dustin Poirier, and Gaethje. Since joining the UFC in 2012, he has racked up 13 victories.