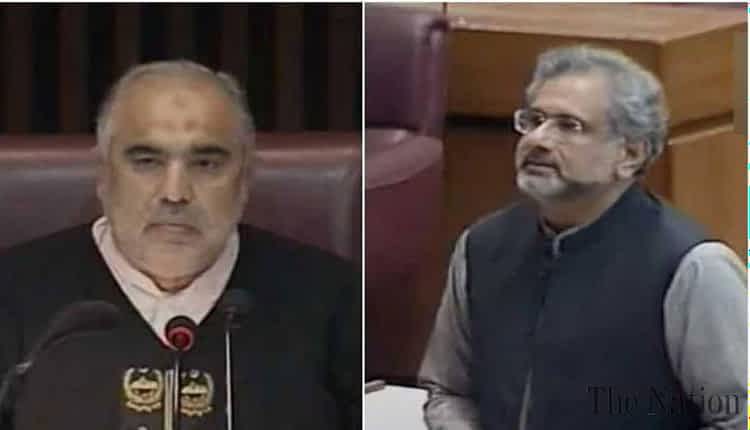 The PML-N MNA was served with a show-cause notice on Wednesday for threatening to hit the Speaker with a shoe during the National Assembly proceedings after the government tabled a resolution to discuss the expulsion of the French ambassador.

Abbasi, while speaking to the media here on Thursday, said that he sought forgiveness from Allah only and none other. “You have no shame,” the former premier shouted as he came right in front of Speaker Asad Qaiser’s dais. “Mind your language. You always behave like this,” Speaker Qaiser warned. “I will hit you with a shoe,” Abbasi retorted. On Wednesday, Speaker Asad Qaiser issued a show-cause notice that required Abbasi to apologise within 7 days or face action as per the assembly rules.

The PML-N leader said that the National Command Operation Centre (NCOC) has failed to achieve the desired results as it failed to stop spread of coronavirus in the country and evolve a strategy thereafter. He said the government was administering the coronavirus vaccines it received in charity. “It couldn’t even purchase vaccine for the people. It is quite sad that people in Pakistan have no other option but to purchase vaccine,” he added. He observed that COVID-19 cases were going down across the world but they were on the rise in Pakistan.