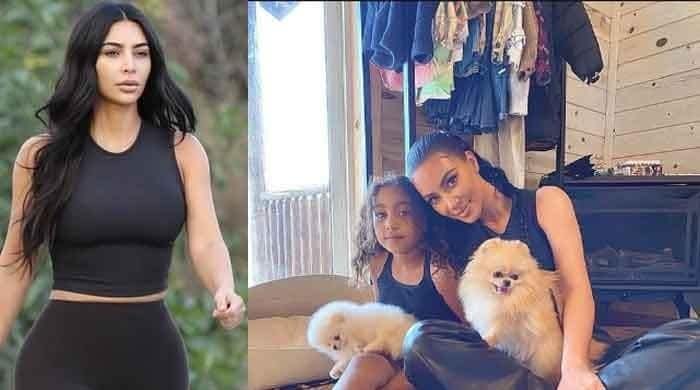 Kim Kardashian and her eldest daughter North West cuddled up to their two Pomeranian puppies Sushi and Sake as they enjoyed good moments together on Wednesday.

The ‘Keeping Up With The Kardashians’ star and her seven-year-old daughter looked nice in matching black tank tops as they spent some time with their pooches.

The reality star – who also shares sons Saint and Psalm as well as daughter Chicago with estranged husband Kanye West – donned leather pants and sneakers with hair slicked back into a long braid.

They seemingly  playing dress-up as there was rack of North-sized clothes hanging in the background.

Kim’s latest post comes a day after the mother-of-four was seen breaking down in tears as she said she felt like a ‘loser’ while seen on a super tease for the next season of ‘Keeping Up With The Kardashians’.

The realty star’s fans believe that Kim tried to refer to her split from husband Kanye West which will reportedly play out on her reality TV show. She filed for divorce from the rapper in February after seven years of marriage.