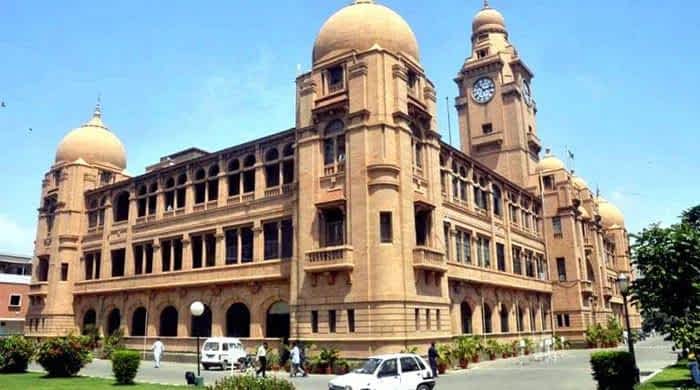 The Sindh High Court (SHC) on Tuesday directed the Karachi Metropolitan Corporation’s (KMC) counsel to file comments mentioning if the Supreme Court has issued any order to cancel the 99-year leases of the properties issued under the Katchi Abadis Act or by the Karachi Development Authority (KDA).

An SHC division bench was hearing a petition against the demolition of leased houses during an operation under way across Karachi to clear the city’s storm water drains of all encroachments.

Headed by Justice Syed Hasan Azhar Rizvi, the bench asked the KMC’s law officers about the SC’s orders on the cancellation of the leases issued under the Katchi Abadis Act or by the KDA to the properties built on the drains.

The KMC’s counsel and the provincial law officer said they have no knowledge of any order being issued to cancel such leases, and they sought time to file comments with regard to the SC’s orders on the matter.

The counsel of the families affected by the operation said the KMC has also filed an application to the SC seeking appropriate orders in respect of the proceedings pending before an anti-encroachment tribunal. He said the KMC has approached the SC to remove encroachments, not the properties with 99-year leases.

The court directed the KMC to file comments on the status of the properties leased under the Katchi Abadis Act, and obtain appropriate orders from the SC. The bench also extended the interim stay orders restraining the KMC from demolishing the properties on the Gujjar and Orangi storm water drains that have been issued with 99-year leases by the municipal body’s predecessor, the City District Government Karachi.

In a previous hearing, the SHC had clarified that the interim order would cease to have effect if any specific order for the demolition of properties with 99-year leases, the subject matter of the petition, had been passed by the SC.

The petitioners said they were living in leased houses in Nazimabad and Orangi Town, but the KMC and other authorities had been trying to demolish their homes on the pretext of an anti-encroachment operation.

They said the KMC and other relevant authorities have issued leases to them for the construction of houses. They also said KMC officials have been misinterpreting the SC’s order and intend to demolish their homes on its basis.

The petitioners’ counsel also referred to the letter issued by the KMC’s Anti-Encroachment senior director about the cancellation of the leases of the plots in the way of the Gujjar and Orangi drains’ project.