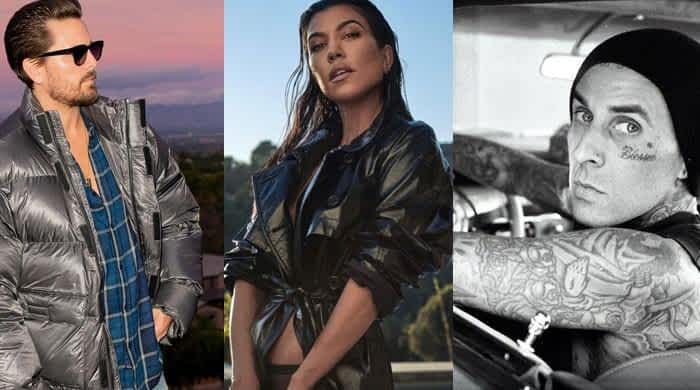 US reality TV star Kourtney Kardashian has sparked dating rumours with musician Travis Barker after they were spotted hanging out at sister Kris Jenner’s home recently.

The Keeping Up With The Kardashians star and Travis spent time together at Kris Jenner‘s Palm Springs, California, home on January 22.

Kourtney and the Blink-182 drummer also posted the photos from the pool, seemingly confirmed that they spent the day poolside at Kris’ home.

Travis and Kourtney have been friends for years and both live in the same locality in Calabasas.

The recently hanging out came three days after Travis dropped a red rose emoticon beneath dazzling photo of Kourtney posing for a mirror selfie.

According to reports, Kourtney and Travis’s children also hanged out together too.

While, Kourtney is mother of three kids, whom she shares with her ex Scott Disick.

This is not the first time Kourtney and Travis were spotted together. In February 2019 they grabbed dinner in Malibu, and back in September 2018, they were seen leaving a restaurant in Los Angeles together.