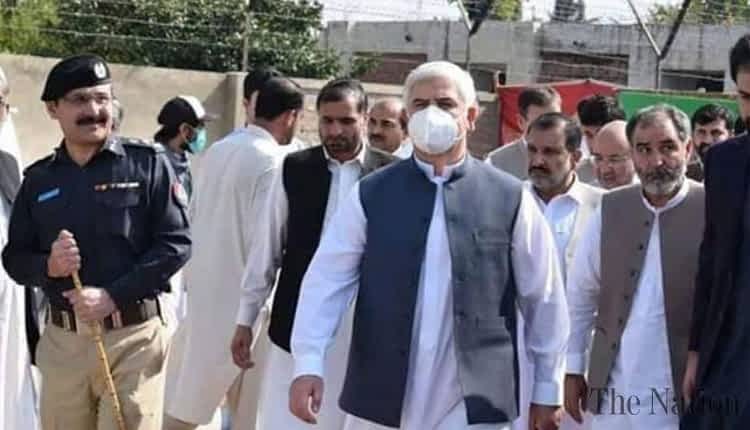 He checked all records of the police station, visited its various sections, met the detainees and inquired about the behaviour of police. He also met with the visitors there and got information about their issues. The Chief Minister directed the in-charge of the police station for necessary steps to resolve the issues of the visitors on urgent basis and report to him accordingly.

He directed the police personnel to have public-friendly behaviour with the visitors and the general public so that public confidence on police system could be restored fully. He said that police were responsible for the safety of the public adding that it should come up to the expectations of the general public in this regard.

Meanwhile, the Chief Minister, without any security escort and protocol also visited various public places in Swat to take stock of the implementation of government’s instructions to provide relief to the public as well as implementation of corona SOPs.

Speaking on the occasion, he said the provincial government was making serious efforts to give maximum relief to the people during the holy month of Ramazan adding that the benefits of government’s efforts should reach the common man.

He made it clear that local administrations should discharge their responsibilities admirably to give relief to the public. Action would be taken against the concerned government officials in case of any laxity and negligence to this effect, he added.

Foreign Ministry officials feel let down due to PM criticism

Woman serving as trailblazer in struggle for animal rights