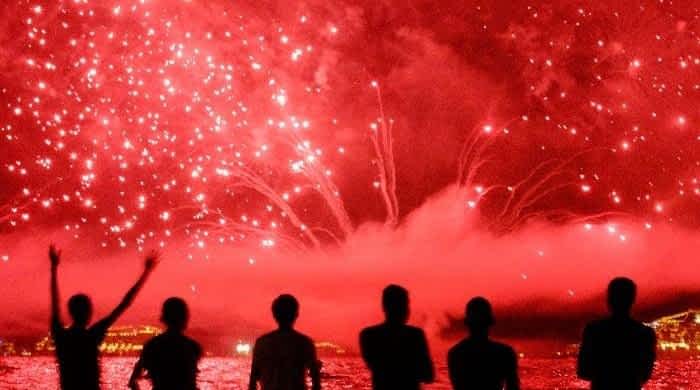 PESHAWAR: Khyber Pakhtunkhwa Police have beefed up security with the deployment of at least 3,000 personnel in Peshawar ahead of the New Year’s Eve to ward off any untoward incidents.

They also stepped up mobile patrols on New Year’s Eve, KP Police underlined, while special roadblocks were set up at Peshawar’s entry and exit points.

Moreover, additional police personnel, including female officers, have been deployed in bazaars and highways.

Interestingly, however, a December 28 report by The News indicated that the KP Police were facing a crisis-like situation after all senior and junior officers had been directed to only use official cars for patrolling and other duties.

Sources informed the publication that there were “just 47 official vans for 34 police stations and 123 police posts”, of which 72 were sanctioned posts and 51 unsanctioned ones in Peshawar. Moreover, a majority of the police stations had one patrolling car for the entire area that was now allocated to the station house officers (SHOs).

“Apart from cars for SHOs, every police station needs four to six and even more vehicles — with fuel — to ensure effective patrolling in the area,” said an official on condition of anonymity.

Another source revealed that the shortage of vehicles and motorbikes in the KP Police had been there “for the last many years”, with officers avoiding using officials vans “due to threats of attacks by the terrorists” in many areas.

The source added that 10 of the 16 official vans allocated to 10 police stations of Peshawar’s City division were being used by SHOs and only six left for patrolling, countering street crimes, investigation, and VIP duty, among other matters.

“The Badaber police station covers an area of 132 square kilometres [but] has 11 posts to provide security to a population of more than 490,000,” the source underlined, adding that it had only two cars for the entire locality.

The senior superintendent of police (SSP) for Peshawar operations, Mansoor Aman, explained that there were an additional more than 20 of City Patrol Force vehicles for patrolling in urban areas and police had been given nearly 103 motorbikes over the past years but that they would be repaired and replaced soon.

Another KP Police officer said the authorities had recently written to the government, seeking provision of more official vehicles for police stations as well as increasing the funds for petrol and other expenses.

A year of hope: In 2021, biggest challenge will be to come out of situation that Covid-19 forced upon us | Art & Culture | thenews.com.pk