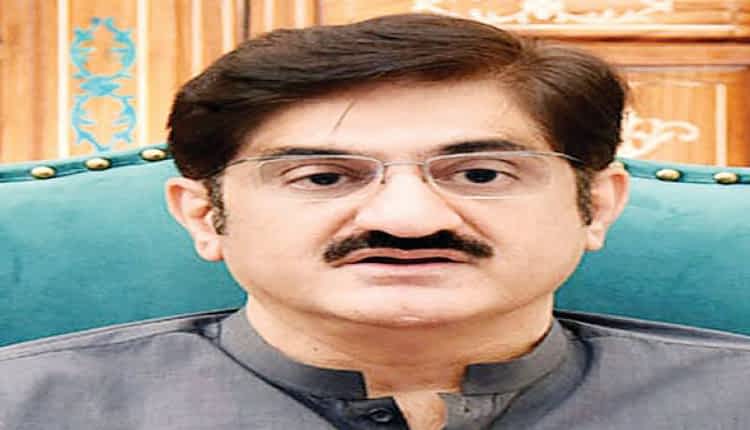 KARACHI – Sindh Chief Minister (CM) Syed Murad Ali Shah has urged the people of the province not to visit their relatives on Eid-ul-Fitr because during the last Eid, the number of cases had increased by 30 percent which would be dangerous this time.

“I would suggest to all the people to stay home and enjoy your Eid with your immediate family members–this is the only way to contain the virus and save others,” he said on Wednesday while presiding over a meeting of the Provincial Task Force on Coronavirus at CM House. The meeting was attended by provincial ministers, Dr Azra Fazal Pechuho, Syed Nasir Shah, Jam Ikram, Advisor Law Murtaza Wahab, Parliamentary Secretary Qasim Siraj Soomro, Chief Secretary Mumtaz Shah, IG Sindh Mushtaq Maher, ACS Home Usman Chachar, Commissioner Karachi Naveed Shaikh, PSCM Sajid Jamal Abro, Adl IG Karachi Imran Minhas, Secretary Finance Hassan Naqvi, Secretary School Education Ahmed Bux Narejo, Secretary Health Kazim Jatoi , Dr Bari, Dr Faisal, Dr Sajjad Qaiser, VC Dow Dr Saeed Qureshi and representatives of  Corps 5, Rangers and WHO. At the outset of the meeting, a comparison of the COVID cases during holidays of last Eid-ul-Fitr was made which showed a 30 percent increase in the positive cases.

The last Eid-ul-Fitr was celebrated on May 24, 2020 and on that day, there were 846 or 15 percent positive cases. Just after Eid, the ratio of positive cases went on increasing and within 18 days it reached 3,038 cases, which was a 30 percent ratio.

The meeting observed that the reason behind the abnormal spike in cases was violation of SOPs. Therefore, the chief minister urged the people of the province to celebrate Eid with their immediate family members and avoid going to meet with relatives. “This is the only way to protect everyone,” he said.

Secretary Health Kazim Jatoi sharing the data of last Ramazan, from April 24 to May 2020, said that in the first week of Ramazan, 12.57 percent new cases were detected with 44 patients having died. In the second week, the detection ratio increased to 14.34 percent with 50 deaths. In the third week, the detection ratio was 15.49 percent with 79 deaths and in the fourth week 16.99 percent new cases emerged with 77 new cases. In other words, 15,554 cases were reported against 103,433 tests which showed an overall 15.04 percent detection rate, and 250 patients lost their lives.

The meeting decided that the vaccination centres would be functioning as usual during the Eid holidays. The chief minister urged the people to get them vaccinated.

The provincial government has received 862,000 doses of Sinopharm, 11,000 Casino, 80,000 SinoVac and 107,500 AstraZeneca. All the received doses have been provided to the vaccination centres.

The chief minister in consultation with the participants of the meeting decided to allow restaurants to offer take away service but with SOPs. At the restaurant, nobody would get out of the vehicle to collect the food, but they would be given by the restaurant staff. And no restaurant would place chairs for dining or just sitting at the restaurant. “We would seal the restaurants in case of violation of the SOPs.

Covid-19 vaccination for Pakistanis over 30 begins