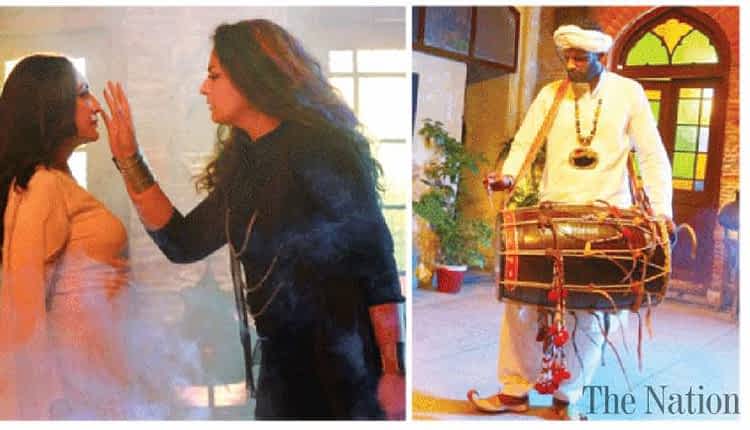 islamabad   –  Following the release of the critically acclaimed track ‘Sajjan Yaar’ from her debut album ‘Mitti’, the multi-faceted vocalist, composer and producer Maham Suhail proudly announces the release of her second track from the album, ‘Pauna-6.’Written, composed and performed by Maham Suhail, Pauna-6 features Mithu Saaein on Dhol, Rakae Jamil on Sitar, Amir Mazhar on Guitar, Bass & Production, Akmal Qadri on Flute, and international artist Olavi Lappalainen on Cello. The powerful track comprises of ‘Tarana’ song form as lyrics written by Maham Suhail to a special beat system (‘taal’, in local music terms) with a unique count of 5.75 beat/cycle. The track also borrows its title, ‘Pauna-6’ (Urdu, literally for ‘quarter-to-6’), from this beat count, as 5.75 translates as ‘quarter-to-6’ in musical time signature calculation. Indeed, this was the first time anybody ever recorded a track in this particularly odd beat, marking its place as a production marvel.

The ‘Pauna-6’ music video is a combination of narrative & performance elements. The video is directed and edited by Zain Peerzada, co-directed by Luke Azariah; under their company name ‘Flux Media’. The single shoot location is the historical heritage museum, ‘Fakir Khana’, which also serves as a ‘haveli’ (old mansion). The narrative is played out in the form of theatrical and dance movements by Nighat Chaudhry and Maham Suhail, the former wearing the hats of choreographer/performer on the video, as well as playing a significant role in the video concept. Nighat, through movement, has helped characterize Maham as the ‘Body’ (material) self. Nighat herself plays the role of the Spirit; while both these entities seek integration for the Body’s spiritual liberation. The viewers can see Maham Suhail performing ‘Concept Movement’ (physical theatre form), with Nighat Chaudhry doing both ‘Concept Movement’ & Kathak dance moves along the video. In fact, the term ‘Concept Movement’ has been devised by Maham herself along the process for this particular form of experimental physical theatre.