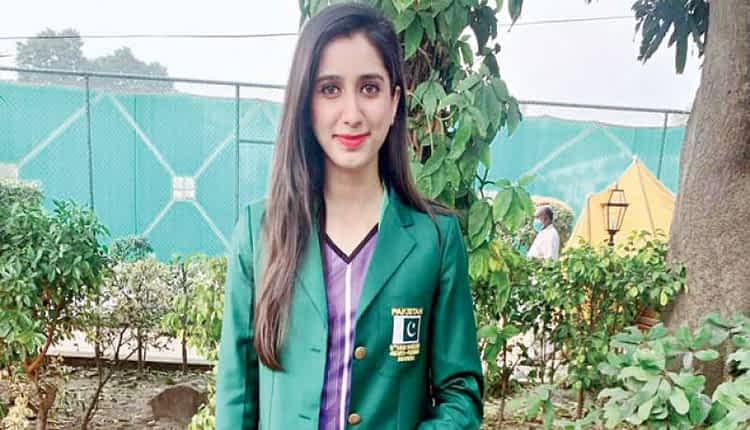 Pakistan Olympic Association (POA) Secretary General Khalid Mahmoodconfirmed on Tuesday that MahoorShahzad has secured an invitational place in badminton and shall be representing Pakistan at Tokyo 2020. “POA President Lt Gen (r) Syed Arif Hasan has felicitated Mahoor Shahzad and appreciated the POA Secretariat and Wajid Ali from Pakistan Badminton Federation for scrupulously following the process and completion of formalities,” said Khalid and added that the POA has duly informed the IOC and the BWF of acceptance of the invitational place.

“In 2021, I was feeling that I could book berth in the Tokyo Olympics, so despite the Covid issue, I decided to participate in international events and tried to produce good results for direct qualification in Olympics. Although I couldn’t do so, yet seeing my participation and performance in good number of international events and sincere efforts of PBF and PAO officials, I was awarded an invitational place in Tokyo Olympics,” she asserted.

“I am very delighted and feeling honored that I will represent my country in Tokyo Olympics. I will try to give my best and hold aloft Pakistani flag in Japan. I especially want to thank Pakistan Badminton Federation President Wajid Ali, POA President Lt Gen (r) Syed ArifHasan, Secretary General Khalid Mahmood and all those, who supported and motivated me in my endeavors,” said Mahoor.

Here’s a glimpse at the PSDP