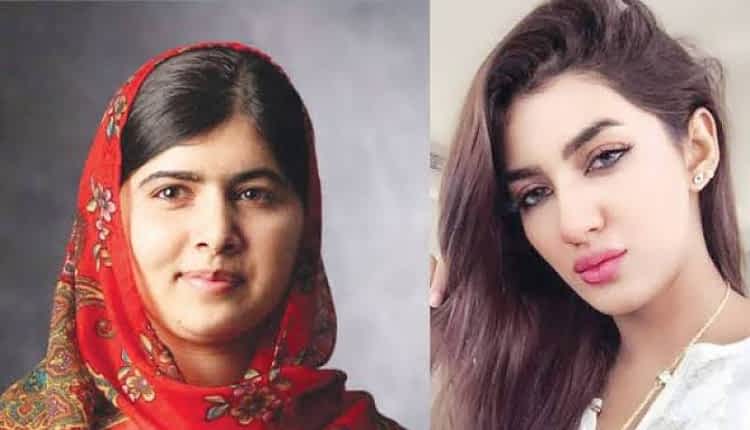 Malala Yousafzai recently gave an interview to the British Vogue. Since the interview has been made public, the nobel laureate has been trending on Twitter for expressing her views on the instituion of marriage.

Although the human rights activist talked about various aspects of her life, such as her personal life, politics and culture in general but her statement expressing her views on marriage has landed her in hot waters as it didnt go well with the general public.

When asked about her views on marriage, Malala stated that why a marriage is necessary and why can’t a relationship be simply based on a partnership?

“Thinking about relationships, you know, on social media, everyone’s sharing their relationship stories, and you get worried…If you can trust someone or not, [and] how can you be sure.” She went on, “I still don’t understand why people have to get married. If you want to have a person in your life, why do you have to sign marriage papers, why can’t it just be a partnership?”, stated Malala.

The statement sparked controversy as many users on Twitter and other social media platforms schooled the Nobel laureate by calling it an irresponsible statement.

Many netizens viewed her statement as suggestive of negating the concept of having a family with a “legitimate partner”. Many also accused her of having a western narrative pertaining to marriage.

In light of her statement, Mathira who is also known to be vocal about her opinions took to her Instagram and expressed her aversion towards Malala’s views on marriage.

“Malala, please we should be teaching this generation that nikkah is sunnah, it’s not just about signing a paper – you aren’t buying a plot” stated Mathira.

Mathira further voiced her stance that the only kind of marriages that should be seen in bad light are the ones which are forced or abusive, or under age. However a wedlock  with the blessings of God is wonderful, she added.

“Forced marriages, abusive marriages, child marriages are bad. But getting a nikkah done with the blessings of Allah is beautiful. So if you think having someone as a partner in your life is great, then getting your future blessed in a halal way is wonderful,” Mathira concluded.

On the other hand, Malala has not responded to the criticism, so far.