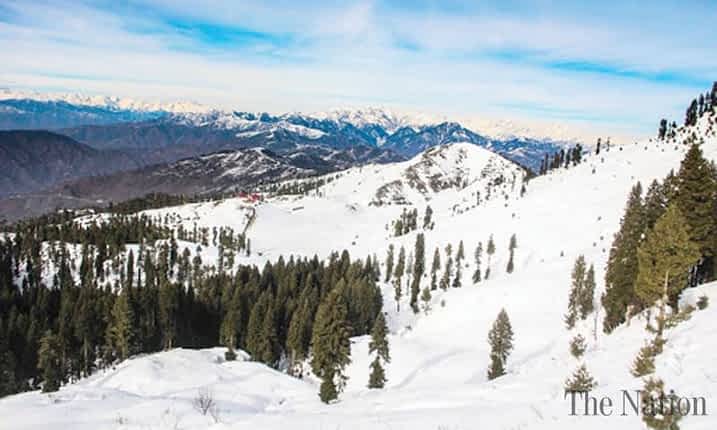 ISLAMABAD   –  Malam Jabba is a hill station and ski resort in the Hindu Kush mountain range nearly 40 km from Saidu Sharif in Swat Valley, Khyber Pakhtunkhwa has recorded heavy snowfall above 10 centimeter (cm) among other northern hilly areas during second quarter of the current month. According to Pakistan Meteorological Department (PMD) spokesman, Dr Khalid Malik,  Malam Jabba has become the center of attraction among tourists due to it’s beautiful sceneric atmosphere with huge green mountains. He said immense snowfall has occurred in it’s adjoining areas which has fallen the mercury level to minimum. He advised tourists to check out roads and temperature situation before they plan to visit such cold places.