Man gets life in jail for acid attack on school teacher 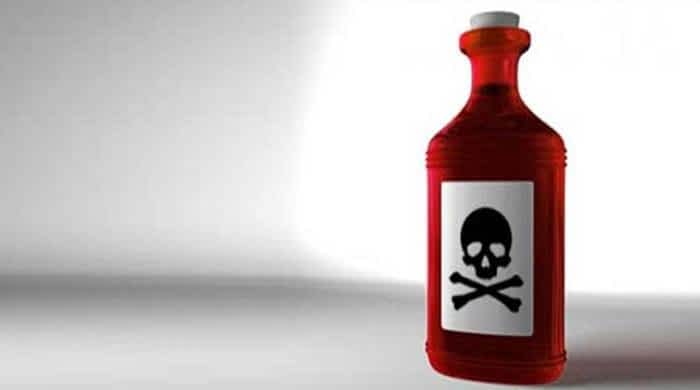 An anti-terrorism court (ATC) on Wednesday sentenced a man to life imprisonment, convicting him of throwing acid on the face of a male school teacher, who was engaged to a woman that the accused had wanted to marry.

Muhammad Sohail was found guilty of burning the face and eyes of Ahmer Iqbal after the latter refused to break off his engagement with Asra. According to the prosecution, Iqbal and Asra taught at the same school in Shah Faisal Colony, and after developing a liking for her, he sent a marriage proposal, which she and her parents accepted.

In February 2016, they were at Awami Markaz when they bumped into Sohail, who threatened Iqbal to break off his engagement because he wanted to marry Asra, but Iqbal refused. On April 29, 2016, Sohail asked Iqbal to meet outside the latter’s house, saying that he had brought a present for him. Iqbal stepped outside and saw the accused holding a plastic mug, whose contents he threw on the victim’s face and fled.

The family of the victim rushed him to the Hill Park General Hospital for first aid. He was then taken to the burns ward of the Civil Hospital Karachi, where he remained under treatment for several days. He was left completely blind after the incident, and his face, eyes, neck and hands had suffered severe burn wounds.

Pronouncing the verdict, the ATC-VII judge observed that it was mandatory to mention that Iqbal had lost both his eyes and was blinded by the acid attack, so it was the state’s due diligence and responsibility that included providing compensation to the victim for the human rights violation he suffered.

“The redress can include treatment of the victim and monetary compensation. Many acid survivors undergo numerous complicated surgical procedures that are very costly and require particular expertise and facilities either in Pakistan or in a foreign country.”

The judge added that looking at the social and financial condition of the victim, the expenses for his medical surgeries and procedures at private health facilities whether available in the country or abroad should be paid by the treasury of the Government of Sindh.

He apprised the chief secretary of the province to undertake the responsibility for providing free medical treatment and basic needs to the victim till his full recovery to earn his livelihood. A copy of the order was also sent to the secretary for compliance.

The FIR of the incident had been registered under Section 336-B (punishment for hurt by corrosive substance) of the Pakistan Penal Code, read with Section 7 of the Anti-Terrorism Act, at the Shah Faisal police station on the complaint of the victim.

US health authorities urge pregnant women to get COVI-19 vaccine