Man who correctly predicted past 9 elections makes another prophecy 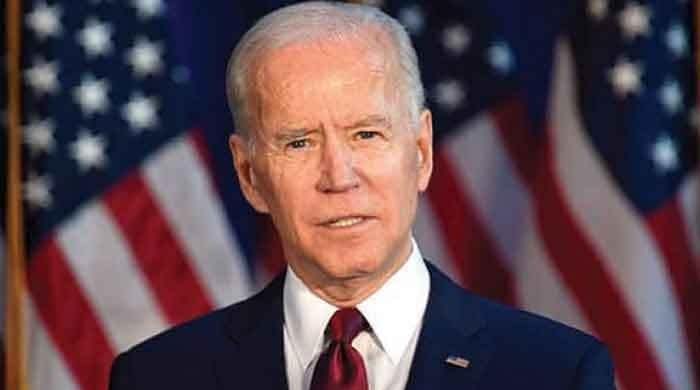 A Jewish-Ameircan professor, who has predicted the past nine US presidential elections correctly, has made another prediction as Donald Trump tries to keep Joe Biden at bay in the race for the White House.

Speaking to Fox News, Lichtman used his “13 keys” model to predict Biden will triumph over Trump. He created the model — which is composed of 13 keys which are used as predictors to determine the outcome of the US presidential elections — with Russian scientist Vladimir Keilis-Borok and later published it in a book in 1996.

As per Lichtman, it comes down to the performance of the incumbent president and his party on whether or not they will win the White House again.

The “keys” as they are known, are based on an array of topics such as scandal, a party’s control of the House of Representatives, the state of the economy, social unrest, foreign/military successes and failures, charisma and so on.

Lichtman states that whichever side holds six or more keys in his/her favour will win the election, adding that comments made during rallies are dismissed by voters as campaign rhetoric and spin.

US President Donald Trump speaks at a rally. Photo: AFP

“It’s governing, not campaigning that counts,” he has famously said.

Lichtman was one of the very few people who predicted Hillary Clinton will lose to Donald Trump in the 2016 US Presidential Election. After he became president, Trump wrote the professor a thank you note on a copy of the Washington Post article about the prediction.

However, it doesn’t look like Donald Trump will be pleased with Lichtman’s prediction this time around. Lichtman said in 2016 Trump had seven keys in his favour but this time around, the situation had changed.

The keys against Trump

“Now that Trump is the incumbent, he has seven Keys against him,” Lichtman explained to Fox News. “My prediction is that Donald Trump will become the first sitting president since George H. W. Bush in 1992 to lose a reelection bid, and Joe Biden will become the next president of the United States.”

Lichtman said that the “keys” had turned against the US president this year after the coronavirus pandemic caused the deaths of more than 200,00 people. Wide social unrest and racial tensions following the death of George Floyd also meant the keys were slipping out of Trump’s grasp.

“When you’re president, you get credit for the sunshine and the blame for the rain,” Lichtman said, quoting US President Herbert Hoover. “And it’s raining pretty hard on America right now.”

Lichtman later took to social media to reaffirm his prediction, writing on Twitter that “My final prediction based on the Keys to the White House stands unchanged. I am still predicting that [Donald Trump] becomes the first sitting president to lose reelection since 1992 and that Joe Biden will be the next president of the United States.”

One of the keys that have turned against Donald Trump, says Lichtman, is the foreign/military success one. This despite the US president’s recent success in normalising relations between Israel, Bahrain, the United Arab Emirates and Sudan. However, he had a justification for this.

“I almost never turn a key based on a treaty unless it is of great significance and broadly acclaimed in the United States,” he explained, adding that he did not turn it for the 1994 peace treaty with Jordan either, despite Jordan being “a much more important nation than the ones involved in the current treaty. The current treaty has barely made a ripple in the United States.”

US Election 2020: Trump or Biden? Americans to decide today

Lichtman’s prediction came a few hours before America headed to the ballot boxes as Donald Trump – on a spree through key swing states – is chasing his Democratic rival Joe Biden, who is still leading in the polls.

The 77-year-old former vice-president has enjoyed a solid lead over 74-year-old US President Trump in the national polls for months, at times reaching double digits.

But US presidential elections are not decided by the popular vote.

They are won in the 538-member Electoral College, where each state has a number of electoral votes equivalent to its representation in the House and Senate.

And the electoral votes of battleground states such as Florida and Pennsylvania could determine the winner of Tuesday´s battle for the White House.