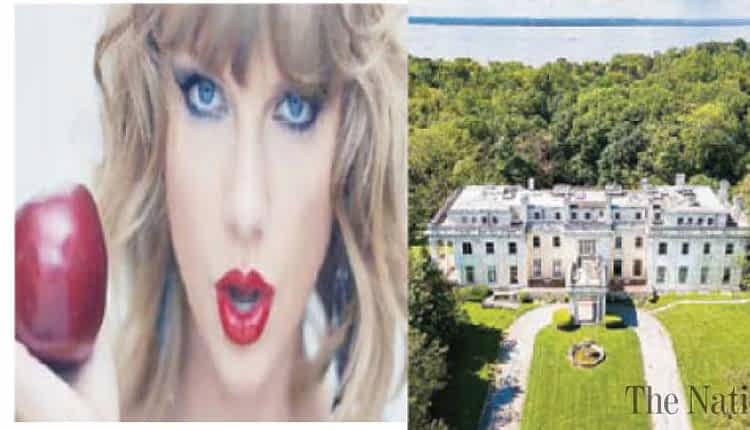 PENNSYLVANIA – The expansive mansion which was part of Taylor Swift’s 2014 song Blank Space is on the market for purchase.The Woolworth Estate, which is in Long Island, New York, was formerly priced for a whopping $19.95 million but is heading for auction on July 12 when it is certain that the property will sell for $7 million or more. The mansion boasts of 12 bedrooms which span over a generous 32,098 square feet. The property itself sits on more than 16 acres of land, which also includes a clock tower building with an 11-car garage. The mansion is one that Swiftie fans cannot miss as the interior scenes of the Blank Space video were shot with Taylor opposite to model Sean O’Pry in an elaborate dining table room setting. There still remains a mark from the music video; a piece of tape on the first marble steps which show where she should stand during a scene as per House Beautiful.