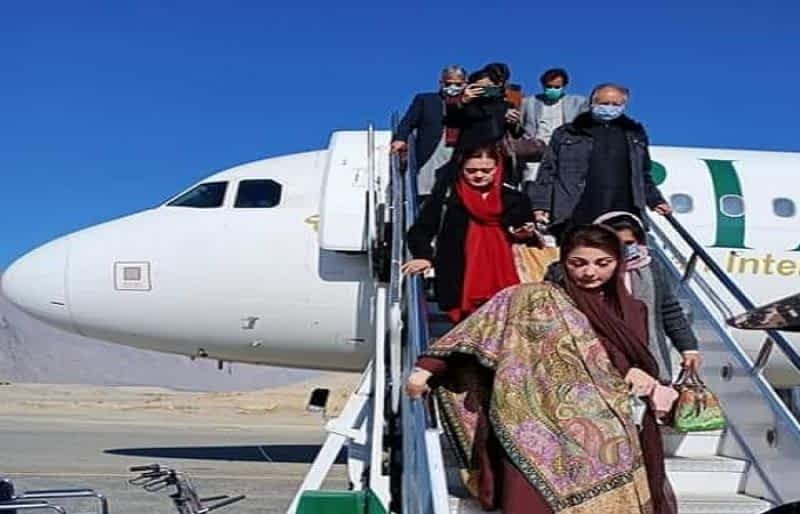 Pakistan Muslim League-Nawaz (PML-N) Vice President Maryam Nawaz on Thursday embarked on a seven-day trip to Gilgit-Baltistan to spearhead the party’s campaign for general elections in the region slated for November 15.

Taking to Twitter this morning, she said: “Onboard the plane to GB for PMLN election campaign Insha’Allah.” She is scheduled to land in Skardu and visit Ghawari later today to address a rally.

Onboard the plane to GB for PMLN election campaign Insha’Allah ☺️ pic.twitter.com/VLCTTO4WMV

She will address a public meeting in Skardu on Friday and in Dambudas on Saturday. She will also address rallies in Ghokooch, Astor and Challas on November 8, 10 and 11, respectively.

Maryam will also lead a rally to be taken out from Shigar to Skardu on November 06.

It is noteworthy that Pakistan Peoples Party (PPP) Chairperson Bilawal Bhutto-Zardari has already been in Gilgit-Baltistan to run his party’s poll campaign. Of late, Prime Minister Imran Khan also visited GB where he addressed Azadi Parade held on the occasion of the National Day celebrations of the region.