Maryam asks supporters to follow her to Seraiki Chowk 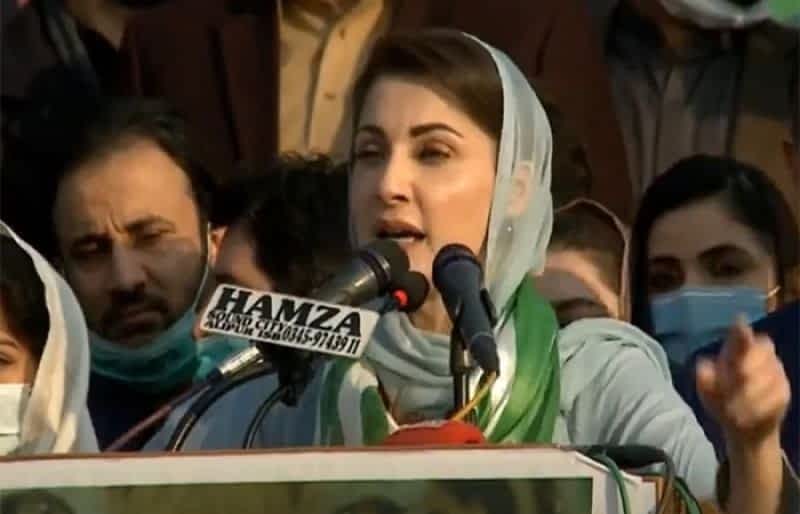 A rally of the Pakistan Democratic Movement, hosted by PML-N Vice President Maryam Nawaz, is about to kick off in Bahawalpur.

Maryam, along with PDM chief Maulana Fazlur Rehman and PPP leader Yousuf Raza Gilani are expected to address the rally, at Seraiki Chowk.

A venue was set up at the lawn of MPA Malik Zaheer’s residence, where the PML-N gathered first.

Addressing party supporters there atop a container, Maryam asked them to follow her to Seraiki Chowk in the form of a procession.

“Come with your daughter, your sister Maryam, to Seraiki Chowk, so Bahawalpur may also announce the end of this fake government,” she said.

As the procession made its way to the rally venue, Maryam shared another video, saying Bahawalpur has “erupted”.

Earlier, as she entered the city, tweeted a video of the vehicles that had lined up all around her.

“If this is the beginning, I don’t know what the build-up would look like,” she wrote.

Workers of the Muslim League Youth Wing also staged a motorcycle rally in the city.

A spokesperson for the district police a day earlier said the administration had not given permission for the rally.

Warning notices were issued to the organisers to cancel the rally and panaflexes as well as billboards in the city advertising the rally were removed, he said.

The police spokesperson added that cases have been registered against local PDM officials and workers for violating coronavirus safety protocols.

Only one day-off in two weeks