Matloob moves ahead of Shabbir in CNS Golf 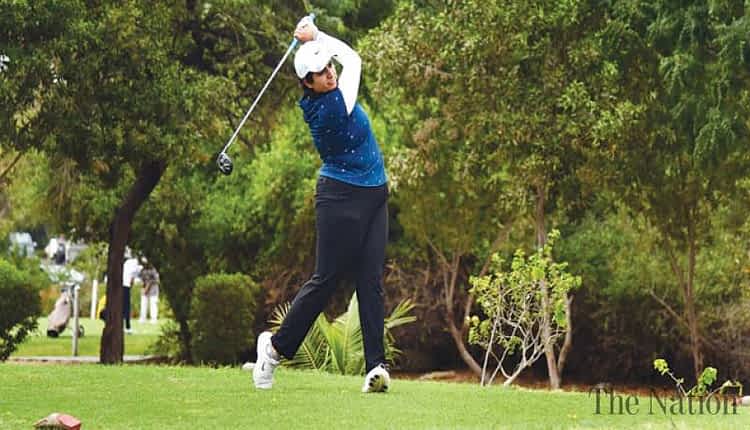 During the third round, Matloob excelled in all aspects of the game and in the process ended up dominating the flow of the championship, as the event moves into the final phase. Overnight leader Shabbir slipped to the second slot while Matloob. As proceedings gathered pace in the third round, the battle-hardened Matloob succeeded in taking command of the championship through relentless excellence edged past Shabbir. In the third round, Matloob concluded the 18 holes with a score of gross 68, four under par and aggregated a total of 206, ten under par, thus gaining a one-solitary stroke edge over Shabbir, whose aggregate score was 207, nine under par at the end of three rounds.

As the standings go, the battle is still on and in the final day of trial on Sunday. Matloob will have to come up with masterly golf to attain glory and considerable prize money in this Rs 8.5 million championship. As against these two, Ahmed Baig of PAF Skyview Golf Club is hoping to emerge as a strong contender for the top slot. With a score of 72 in the first round and an improved 67 in the second round and a gross 70 yesterday, he has managed a three-day aggregate of 209, seven under par. It must be mentioned that his hitting quality was top class and was duly applauded by his fans in Karachi.

M Munir of Rawalpindi came up with an amazing round of gross 67, five under par in the third round and his score for three days adds up to 210, six under par. Although he lags behind the established ones, he looks determined to charge up his game for a dominating end on the final day on Sunday. Out of the other established combatants, Waheed Baloch of Karachi Golf Club and M Nazir of Rawalpindi are bracketed at a three rounds aggregate of 211, five under par.

In the race for honors in amateur section, national champion Omar Khalid appears as the leader with three rounds scores of 78, 72 and 76 and aggregate of 226. Also sharing the top position with him is Arsalan Shikoh Khan of AGC. Saim Shazli (KGC), Omar Shikoh Khan (KGC) and Lt Col Ayub Khan (Gujranwala) are at a score of 231.