Meera says she is a ‘heroine in real life too’ 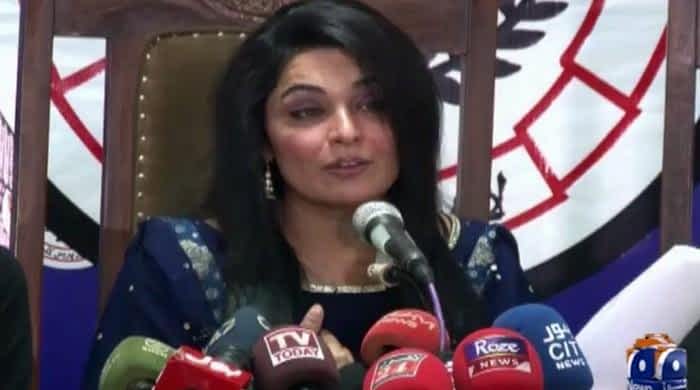 A visibly out-of-sorts Meera was pushed to tears on Tuesday when during a press conference she fumbled with the script in her hand and could not smoothly tackle questions that bordered on mean-spiritedness.

“It doesn’t matter. Go ahead and laugh. It will make the headlines,” she said, at one such point, in an attempt to brush aside her own vexation.

The famed film actress was holding a press conference in Lahore to “disclose details of her assets”. It is unclear what she was responding to with her disclosures.

She said that she is a heroine in real life, not just in films. “Some people are accusing a real-life heroine like me,” the actress remarked.

“If the allegations against me are proved true, I will hang myself,” she added, with her usual touch of drama.

Meera claimed that she had done a few people some favours “for the sake of humanity”. “I am a pure, virtuous, and truthful woman,” she added.

She said she has no qualms revealing her assets, and that for the record, she has a villa in Dubai.

“I present my records to all agencies. You may (try and) hold me accountable.”

At the end of the media briefing, the actress refused to provide a copy of her bank statement and left the press conference crying. She was in such a hurry that she left behind her father and domestic help at the press club and rode off with her driver.