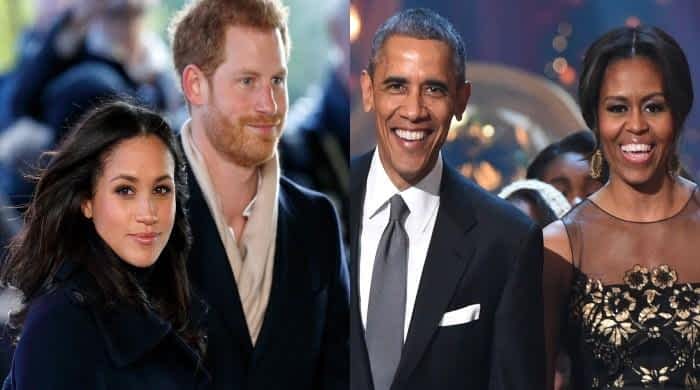 Meghan Markle and Prince Harry are modeling themselves to lead a life similar to that of the Obamas after leaving the monarchy.

In an interview with 9Honey, royal expert and biographer Katie Nicholl, said the Duke and Duchess of Sussex are taking inspiration from the former US president, Barack Obama, and his family on how they minted in money after bidding adieu to the White House.

“The Obamas’ Higher Ground [production company] was always going to be the business model for the Sussexes and that’s exactly what we’re seeing. They are just emulating in each step of what they’re doing and that is because the Obamas’ model has worked,” said Nicholl.

“It’s high end, it’s aspirational, it sits very much with the image that the Sussexes are trying to curate for themselves and it’s a successful business model. So why wouldn’t they look to that for inspiration? I think that’s exactly what they’ve done,” the royal expert added.

“I wouldn’t be surprised if they had had talks with the Obamas, they are friends and the Obamas have done exactly what the Sussexes are hoping to achieve. I’m sure there’s been some mentoring and possible guidance along the way, but I think whether or not they’ve had conversations, it’s obvious in the way they’re working, Harry and Meghan are using this as a model for themselves, they’re using the Obamas’ business structure as a template,” Nicholl concluded.