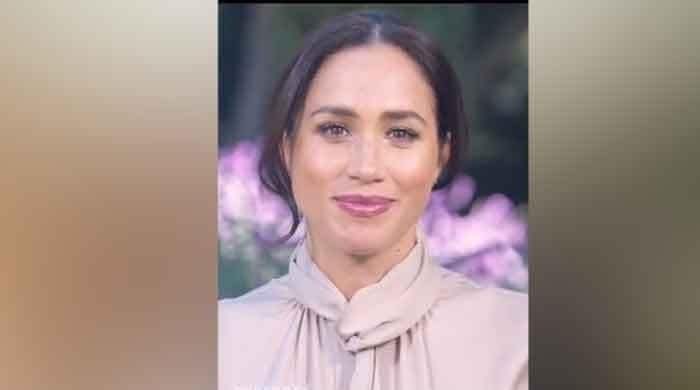 Meghan Markle has once again won hearts with her surprise move as she appeared on  a TV special to honour  year’s most inspiring moments and the people who made them happen.

During her appearance on CNN’s annual Heroes TV special Sunday, the Duchess of Sussex shared her special tribute to the “individuals (who) stood up and made sure the most basic needs of our communities were met” over the past year.

Thanking to the real heroes, Prince Harry’s wife  said: “They made sure those around them did not have to suffer in isolation.” Meghan was referring to the current pandemic.

In the program, Meghan offered a message of hope, saying: “Even in the darkest times, when we come together we have the power to remind someone else that there is hope and that we will be okay.”

‘CNN Heroes’ has honored the people committed to making the world a better place. According to the channel, Black Lives Matter demonstrator’s rescue is this year’s Most Inspiring Moment.

Speaking on the program, Meghan  shared her thoughts amidst the  ongoing crisis,  saying: “In the face of this devastating reality, we … saw the power of the human spirit and the remarkable ways that communities respond in challenging times.”

The Duchess added: “We saw the good in people, in our neighbors and in entire communities coming together to say they would not stand by while our neighbors went hungry.

The former  ‘Suits’ actress  was looking stunning in a chick outfit. And  her  beautiful smile was enough to describe her confidence and resolve to go ahead with the same spirit in all circumstances.

Meghan and Harry, who stepped down as senior royals in March, are  continuing to volunteer with numerous charities in the Los Angeles . In April, they delivered meals to the residents through Project Angel Food, which helps feed the chronically ill.

The Company That Made The Famous Robot Dogs

Rates to remain same till December 15

US dollar rates in Pakistan