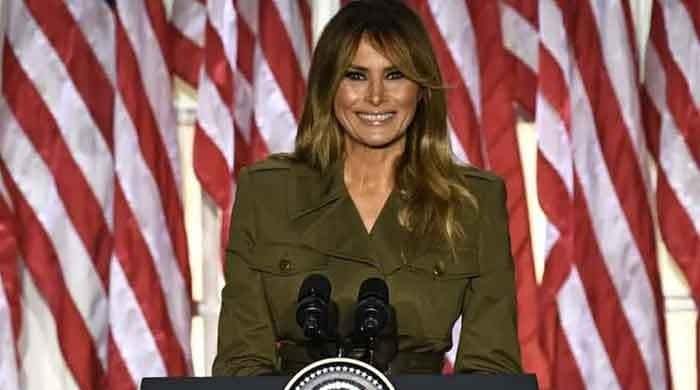 Melania Trump has made up her mind to part ways with her husband, US President Donald Trump, if psychics are to be believed. Also, the divorce may go down in a few months’ time, according to their predictions.

A panel of the PsychicWorld.com provided a set of new predictions for 2021. They touched on the US president’s marriage as well, saying that First Lady Melania Trump will look to divorce her husband “before the summer”.

Another psychic and numerologist said that there would be “upheaval” in the Trump household the same time.

The panel also spoke about the first lady, saying that Melania will move on quickly from Donald Trump and will date “another prominent business figure” before the end of the year but will keep mum about it.

After the initial setback, the stars will align for Trump again, say the psychics. According to the panel, the business magnate and current US president is likely to “go silent for two months” before he rises again.

“He will then rise up and be a huge driving force in the world – bigger and with more influence than he had as President,” the panel said.

The panel said that Donald Trump will also be working on a tell-all book which will feature many behind-the-scenes moments of what went down at the White House during his presidency.

The psychics said that the US president will have no qualms calling out certain individuals “for their corrupt ways” after the harsh media campaign he had faced during his stint as president.

“What he has to say, and what he reveals, is going to shock and scare the political and business world.”

According to Yahoo Lifestyle, another numerologist had predicted some ‘upheaval’ in Trump’s life before the US elections. Popularly known as “The Numbers Queen”, Sarah Yip had said that Trump’s “numbers also suggest changes in his home life (peaking March-April-May 2021) due to his 6 Personal Year”.

She said that Melania Trump and her son with the US president, Barron Trump, also had an ‘upheaval’ in their charts.

“This could suggest a move in residence and/or family and marriage transitions,” she had said.

Melania Trump waiting for Donald Trump to leave office so she can divorce him: report

A day after Donald Trump’s defeat in the 2020 US presidential elections, a former aide to the first lady had claimed that Melania Trump was counting every minute to divorce the president, the Daily Mail had reported.

Fellow ex-aide Omarosa Manigault Newman had claimed the couple’s 15-year marriage was over. “Melania is counting every minute until he is out of the office and she can divorce,” the report had said.

The source had said that Melania Trump was waiting for her husband to leave the White House as she did not want to humiliate him. “If Melania were to try to pull the ultimate humiliation and leave while he’s in office, he [Donald Trump] would find a way to punish her,” the report had cited Newman.