Messi reveals dreams to play for US club 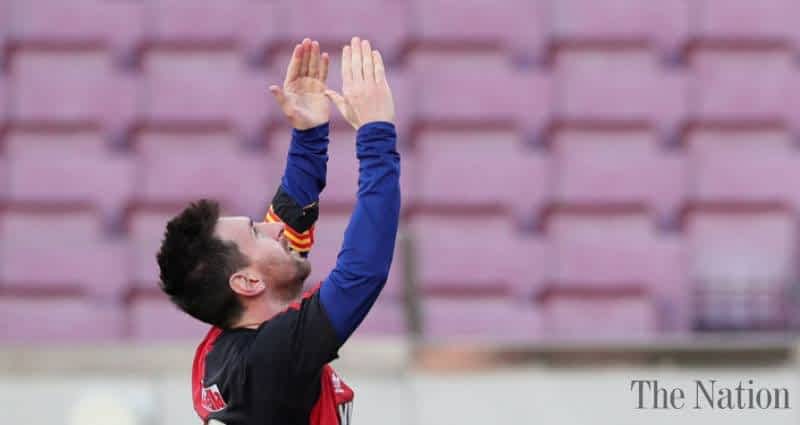 In September, Barcelona forward Lionel Messi announced that he’d decided to continue playing for Barcelona, although before that he had informed the management of his desire to terminate the current contract. The 33-year-old striker’s contract with the club expires in June 2021.

Barcelona striker and captain Lionel Messi has admitted in an interview that he would like one day to move to an American football club.

“I’m going to wait until the season ends. I would like to play in the United States and experience life and the league there, but ultimately come back to Barcelona in some capacity,” Messi said, as quoted by the BBC..

“Right now the most important thing is to focus on the team and finish the season well, to focus on trying to win trophies and not get distracted by other things,” he added.

The Argentine striker’s contract with Barcelona runs until the end of the season.

It was reported earlier that the owners of “Manchester City” are preparing a new proposal for Messi. According to ESPN, City Football Group has made plans for 10 years after Messi’s supposed transition. The Argentinian will spend several seasons directly in Manchester City, and then he will be able to join one of the eight clubs owned by the holding – for example, the New York City FC.

After Messi ends his career, he may become the club’s ambassador.