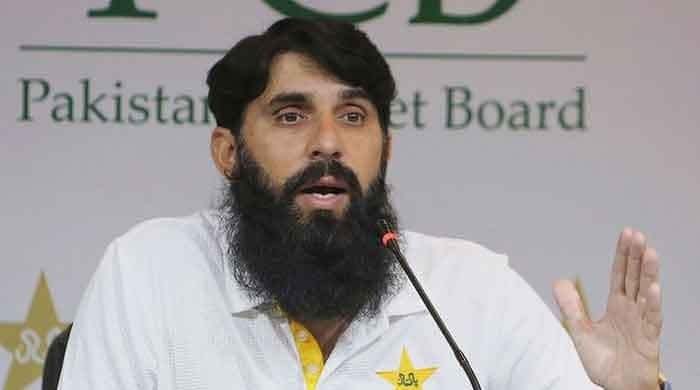 PCB had appointed him as head coach and chief selector in September 2019 despite reservations from several top players and experts. Photo: File

LAHORE: Former skipper Misbah-ul-Haq announced on Wednesday that he will be resigning as the chief selector but will continue to serve as the cricket team’s head coach.

The announcement from the former skipper came after a review of his one-year performance and in light of the newly announced code of ethics, according to Geo News.

Misbah addressed a press conference at the Pakistan Cricket Board headquarters in Lahore where he made the announcement.

The PCB had appointed him as head coach and chief selector in September 2019 despite reservations from several top players and experts.

“It is my choice to quit the post of the chief selector as it would be difficult for me to focus on coaching due to the cricket team’s upcoming international commitments,” he said.

Commenting on the development, cricket expert Alia Rasheed said this is the right thing to do as it was a challenging task and Misbah took the correct decision.

Former cricketer and analyst Sikandar Bakht termed it as a positive U-Turn and said Prime Minister Imran Khan must be very happy over it.

“It is said that wise people take u-turns and I think, albeit late, he (Misbah) took the right step. We have been saying this for the last one year.”

He also slammed the PCB officials who had given Misbah dual responsibilities.