Missile attack targets base housing US troops in Iraq 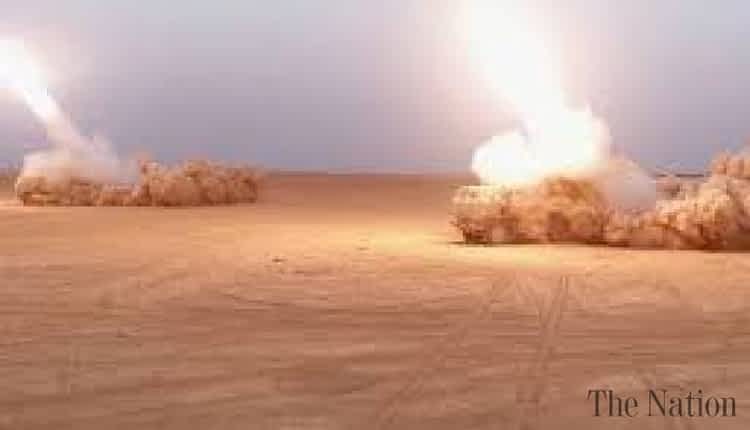 A missile attack on Monday targeted a base housing American forces in Anbar province in western Iraq, the US-led anti-Daesh/ISIS coalition said in a statement.

“At 1335 local time, Ain Al-Asad Air Base (AAAB) was attacked by one rocket round,” the coalition’s official military spokesman, Col. Wayne Marotto, said in a Twitter post.

He said no injuries were reported while damage was “being assessed.”

No group has claimed responsibility for the attack.

Marotto said investigations to uncover the perpetrators are underway, adding that the attack “undermines the authority of Iraqi institutions, the rule of law and Iraqi national sovereignty.”

Meanwhile, the Iraqi Defense Ministry said in a brief statement that Katyusha rockets struck the vicinity of the Ain Al-Asad Air Base “without [causing] any significant losses”.

Earlier this month, a booby-trapped drone attack targeted the same base, without causing any casualties or material damage.

Ain Al-Asad base is located in the Al-Baghdadi district, 90 km west of Ramadi, the capital of Anbar province. It is the largest military base for US forces in Iraq and was visited by former President Donald Trump on Dec. 26, 2018.

Over the past months, military bases housing US forces in Iraq have been targeted with missile attacks and Washington has often accused armed factions loyal to Iran of being responsible.

Currently, there are around 3,000 troops, including 2,500 US forces, fighting in the anti-Daesh/ISIS coalition.

Iraqi political forces have called for the withdrawal of the US troops from the country under a parliamentary decision issued on Jan. 5, 2020.

On April 7, Baghdad announced the formation of a technical committee to assume the task of approving the timing and mechanisms related to the US troop withdrawal, while no announcement was made from the American side about naming a committee for this purpose.