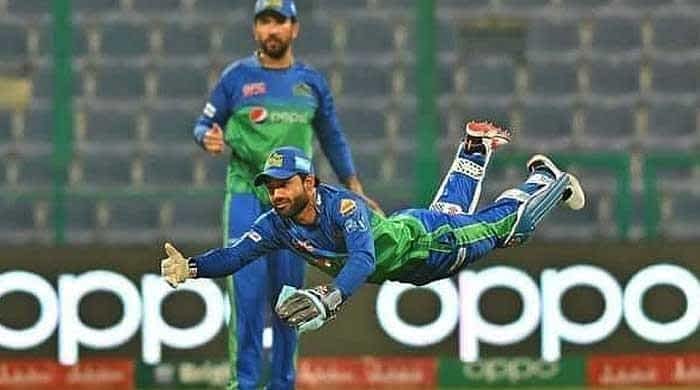 KARACHI: Multan Sultan’s skipper Mohammad Rizwan has bagged another cricket award when he claimed three victims behind the wickets during the final against Peshawar Zalmi to take his total tally of PSL 6 dismissals to 20 – the highest number by a Pakistani wicket-keeper in an edition of any T20 tournament, around the world.

Rizwan’s dismissals included 18 catches and 2 stumpings from 12 matches during the sixth edition of the league.

This makes him the first-ever Pakistani wicket-keeper to have 20 dismissals behind the wickets in a single edition of any tournament.

The second Pakistani on the list is Kamran Akmal, who had 16 dismissals to his name from a single edition in a T20 tournament.

Rizwan’s total tally of 20 wicket-keeping dismissals is the third-most by any wicket-keeper in the world, in a single edition of the tournament.

The list is topped by India’s Rishab Pant who claimed 24 dismissals from 16 games for the Delhi Capitals during the 2019 edition of the Indian Premier League.

South African cricketer Quinton de Kock had 22 victims during the 2020-21 edition of the IPL while playing for the Mumbai Indians.