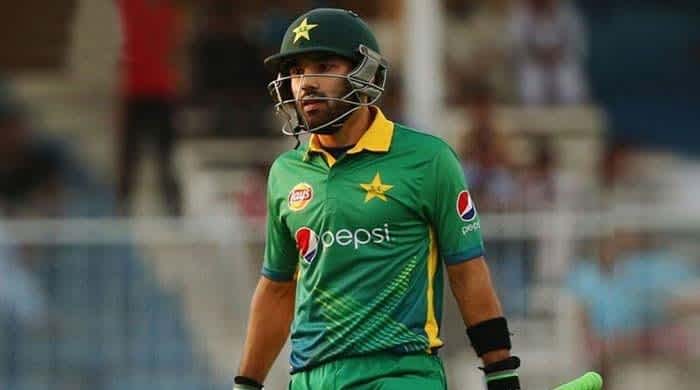 When Mohammad Rizwan steps out for the toss on Saturday, he will become the Pakistan Cricket Team’s 33rd Test captain. Photo: Geo tv/File

Babar Azam and Imam-ul-Haq have been ruled out from the first Test against New Zealand.

LAHORE: The Pakistan Cricket Board (PCB) on Monday announced Mohammad Rizwan as the captain for the Test side as Babar   Azam and top-order batsman Imam ul Haq have been ruled out of the first Test match against New Zealand due to injuries sustained during training sessions.

Both players are being closely monitored by the team’s medical staff. The decision on whether they will be included in the playing 11 for the second Test match on January 3, 2020, would be made when the time comes.

When Rizwan steps out for the toss on Saturday, he will become the Pakistan Cricket Team’s 33rd Test captain, the PCB said.

“Although it will be nearly two weeks to Babar’s injury when the first Test starts, it will be hard on him and the team to play him without any net sessions,” Misbah ul Haq was quoted as saying in a PCB press release.

Moreover, the selection committee has named Imran Butt in the 17-player squad. The 24-year-old player from Balochistan scored 191 runs in the Quaid-e-Azam Trophy before joining the New Zealand-bound national cricket team.

In 2019, Butt topped the batting charts in the Quaid-e-Azam Trophy with 934 runs with four centuries and three half-centuries.

Imad Wasim and Mohammad Hafeez will not be in action on the New Zealand tour after the Napier T20I.

Wasim will travel to Australia to join Melbourne Renegades in the BBL, while Mohammad Hafeez will return to Pakistan.

Petrol to sell at Rs103.69 for the rest of December, OGRA notifies