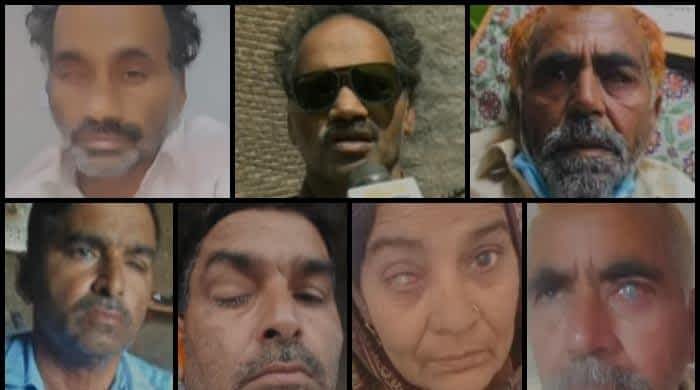 MULTAN: A surgeon at a local private hospital has come under fire for alleged negligence during multiple eye operations that led to the patients claiming on Friday they had become blind.

At least 16 people claimed they had lost their eyesight at the same time allegedly after their respective surgeries and that it happened after they experienced pain in their eyes after the operations.

According to one of the patients, who identified himself as Rana Abdul Malik, all 16 individuals — among whom seven are women — underwent eye surgeries at the private hospital on March 20, 2021.

Speaking to The News, Malik, who claims that he’s blind now, said all the patients used the Sehat Insaf Card — the PTI regime’s flagship public health initiative — for their eye operations, which were carried out by Dr Hasnain Mushtaq.

“Once the bandage was removed, I knew my eye had been ruined. The pain continued while I was at home, throughout the night, and then, in the morning, I called the doctor,” one of the patients said.

“The doctor prescribed medicine and then all of us went to the hospital, where some were admitted while others were forced to take medicine and asked to return to their homes.”

The patient said he went to two other doctors “who told me my eye had been completely damaged [and] asked me why I went to that hospital”.

According to The News correspondent Imran Chaudhry, almost all of the patients were poor and elderly. They visited the nursing and teaching hospital after it put up a banner announcing eye operations for the first time.

Later, upon learning about the pain in their eyes, the administration of the private hospital admitted the 16 individuals in question, kept them overnight, and discharged them the next day. However, the patients are currently undergoing treatment at different hospitals in Multan and Lahore.

The surgeon in question, Dr Mushtaq spoke to The News via phone, denying any negligence in the process. An infection had affected the eyesight of all 16 people, he claimed.

The doctor also expressed suspicion that the operation theatre, which came into use for the first time for eye surgeries, was not properly disinfected.

The victims have demanded higher authorities to investigate the incident and provide them justice.