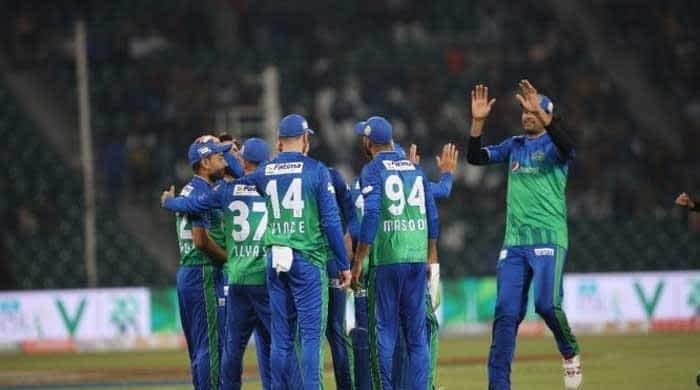 In another game on Thursday night, Peshawar Zalmi outclassed Karachi Kings by 6 wickets.

England’s Samit Patel smashed three sixes to score an unbeaten 49 off 33 to help Lahore Qalandars post 157/6 in 20 overs in warm up game against Multan Sultans.

Chasing the target of 158, Multan Sultans was once four wickets down with just 48 runs on board. Ravi Boparra and Khushdil Shah, then, fought back for Sultans with individual scores of 38 and 24 respectively.

The duo added 49 runs for the fifth wicket before Brenden Taylor and Rohail Nazir added another 38 for 8th wicket to help Sultans reach the target on final ball of 19th over for the lass of 8 wickets.

Akmal hit 2 sixes and stroked 9 shots to the fence as his side reached the target of 163 for four wickets in 17 overs.

Earlier, Karachi Kings had scored 162 for the loss of 8 wickets in 20 overs. Chadwick Walton was top scorer for Kings with 27 against his name on the scoresheet. Alex Hales and Iftekhar Ahmed scored 24 apiece.

Teams will have their final training sessions on Friday before the start of PSL paly-off actions on Saturday.