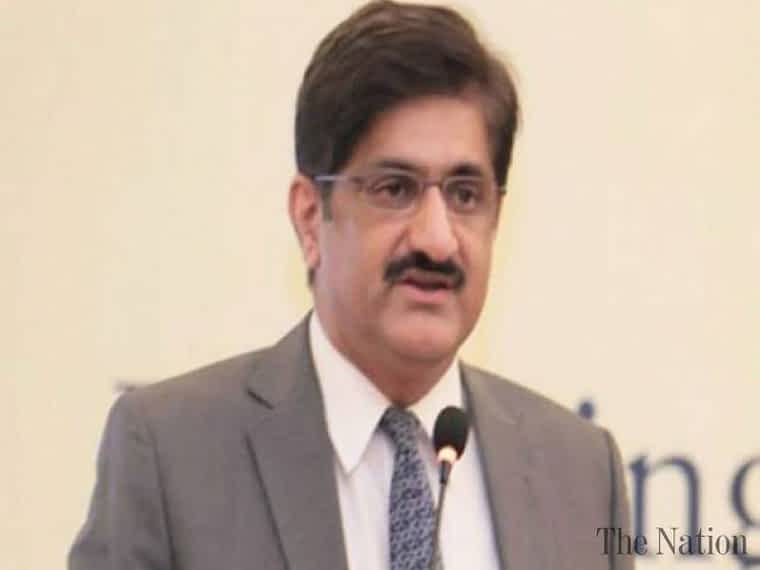 KARACHI – Sindh Chief Minister (CM) Syed Murad Ali Shah said that the coronavirus situation in the province was worsening with the increase in current detection rate.

In a statement issued from CM House on Wednesday, Murad Ali Shah said that the current detection rate had reached to 6.4 percent when 11,146 tests were conducted and 14 more patients lost their lives.

“We all have to bring change in our lifestyle by making SOPs as part of our day to day life, otherwise the government will have no option but to take drastic measures.” he warned.  Murad Ali Shah said that 14 more patients lost their lives lifting the death toll to 2,704 that constituted 1.8 percent death rate.

“We had 17 deaths stemming from the virus on November 4, 12 on November 6, and 14 on Wednesday,” he disclosed and added “our death rate is 1.8 percent that is not a high rate but even then, we are losing our valuable lives and we have to reduce it by observing experts’ guidelines,” he said.

The CM said that 11,146 tests, the highest in the country, were conducted against which 720 cases were diagnosed that constituted 6.4 percent detection rate. “This is quite high and worrisome and needs to be contained with the cooperation of the people of the province,” he said.

The CM said that Karachi had 8.17 percent detection rate, Hyderabad 11.81 percent and rest of the province 1.72 percent; therefore, overall detection rate came to 5.35 percent, otherwise Karachi was on the top as far detection of COVID-19 cases was concerned.

Shah said that currently 7,922 patients were under treatment, of them 7,562 were in home isolation, five at isolation centres and 355 in different hospitals.

He added that the condition of 329 patients was stated to be critical, of them 35 had been shifted to ventilators.

According to the statement, out of 720 new cases, 522 have been detected from Karachi, of them 242 from East, 155 from West, 54 from Korangi, 51 from Central, 32 from Malir and 18 from West. Hyderabad has 49 cases, Tando Mohammad Khan 19, Sanghar 10, Matiari nine, Sukkur six, Dadu, Jacobabad and Jamshoro five each, Badin, Larkana and Shaheed Benazirabad four each, Khairpur, Naushehroferoze and Shikarpur two each, Ghotki, Mirpurkhas, Umerkot and Sujawal on each.

Another dengue case repoerted in Punjab

Stakeholders up in arms as social media rules notified