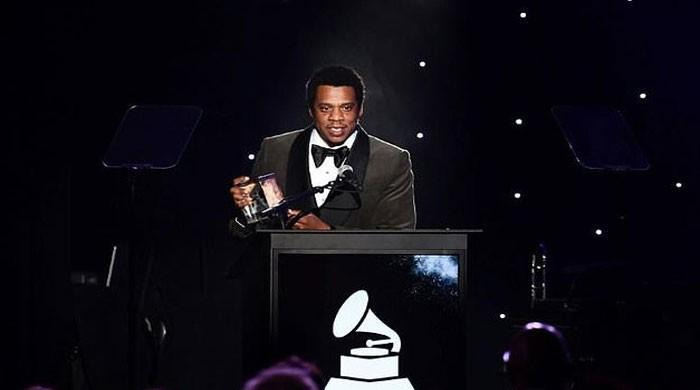 NEW YORK: Hip-hop is being recognized as never before as the Grammys get underway Sunday with Jay-Z, who once boycotted the industry awards as biased, leading the nominations.

The music industry´s biggest night, taking place in New York after 15 years in Los Angeles, also looks set to rally behind the #MeToo movement to end sexual harassment with guests planning to wear white roses as symbols of solidarity.

Hip-hop has an uneven history with the Recording Academy, the body of 13,000 music professionals that determines the awards, with only two mostly rap works winning the most prestigious Grammy of Album of the Year.

But in a sign of shifting cultural trends, this year the majority of contenders are hip-hop including Jay-Z´s “4:44,” an introspective album in which he admits infidelity to his wife Beyonce and explores institutional racism, and Kendrick Lamar´s “DAMN.,” a return to a classic rap sound from a voice closely identified with the Black Lives Matter movement.

On the eve of the Grammys, music industry players feted Jay-Z who sounded contrite for boycotting the awards two decades ago.

The rapper who rose from a broken home in Brooklyn to become a multimillionaire businessman accepted a prize as an “industry icon” at a pre-award gala thrown by veteran music executive Clive Davis.

Jay-Z had refused to attend the Grammys in 1999 because the Recording Academy which administers the awards snubbed fellow rapper DMX.

He stayed away, upset at the lack of recognition for hip-hop, until coming in 2004 with wife-to-be Beyonce, who joined him at the Saturday night party.

“I realize like, man, art is super subjective and everybody is doing their best and the Academy, they are human like we are,” Jay-Z told the packed ballroom Saturday in a Times Square hotel.

“We can pretend we don´t care, but we really care,” he said of Grammy recognition. “We care because we see the most incredible artists stand on that stage and we aspire to be there.”

A who´s who of top artists performed in his honor, with soul legend Gladys Knight singing her “Midnight Train to Georgia” and Alicia Keys weaving Jay-Z songs from “Hard Knock Life (Ghetto Anthem)” to their collaboration “Empire State of Mind” into a piano medley, interspersed with shouts of his nickname Hov.

Jay-Z is already one of the most accoladed artists in Grammy history with 21 awards. But until this year he had always been passed over for the main categories.

West Coast rapper Kendrick Lamar closely trails Jay-Z with seven nods. His previous album, “To Pimp a Butterfly,” became an unofficial soundtrack for the Black Lives Matter movement against police brutality — but fell short for Album of the Year two years ago.

Album of the Year contenders also include two high-selling pop albums — “24K Magic” by Bruno Mars, who has revived fun-loving retro funk, and “Melodrama” by Lorde, the 21-year-old pop prodigy from New Zealand.

A dark horse in the category is “´Awaken, My Love!´,” the psychedelic, R&B-infused album of Childish Gambino, the rap alter ego of actor and comedian Donald Glover.