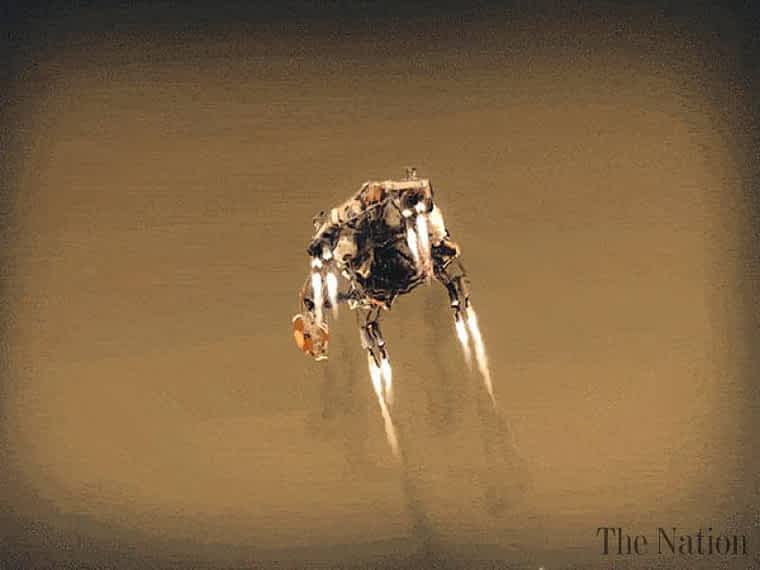 ISLAMABAD-After nearly 300 million miles (470 million km), NASA’s Perseverance Rover completes its journey to Mars on February 18, 2021. But, to reach the surface of the red planet, it has to survive the harrowing final phase known as entry, descent, and landing. The mission uses technological innovations already demonstrated successfully, especially for entry, descent, and landing (EDL). Like NASA’s Curiosity rover (, the Mars 2020 spacecraft uses a guided entry, descent, and landing system.  The landing system on Mars 2020 mission includes a parachute, descent vehicle, and an approach called a “skycrane maneuver” for lowering the rover on a tether to the surface during the final seconds before landing. This type of landing system provides the ability to land a very large, heavy rover on the surface of Mars in a more precise landing area than was possible before Curiosity’s landing.