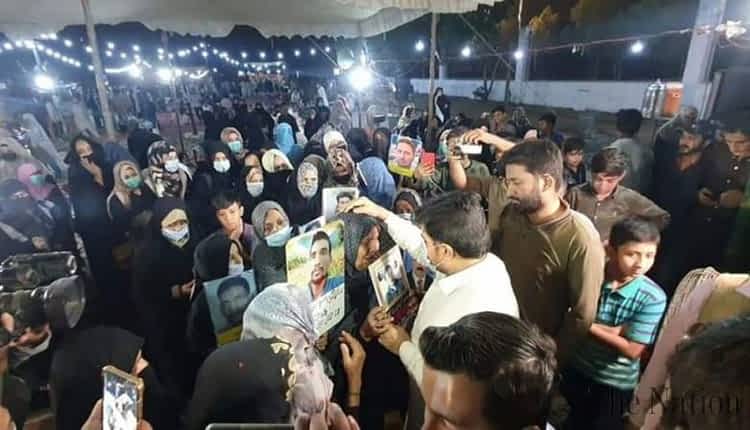 Addressing the participants of the sit-in, Shah said that stance of Pakistan People’s Party (PPP) on the issue of missing persons was very clear as party chairman Bilawal Bhutto Zardari had raised this issue at every forum. The minister assured the participants that the Sindh government was standing with them on their legitimate demand of recovery of their beloveds. “We are trying our best to solve the issue of missing persons so that all return to their homes,” the minister added.

Shah said that Sindh Chief Minister (CM) Syed Murad Ali Shah had given clear instructions to the Sindh police to take measures whatever they could do to resolve missing persons’ issues.

He said they valued the feelings and emotions of people sitting here and were well aware of the sufferings of families who’s beloveds were missing. “PPP is also ready to sit with you in sit-in,” the minister said. He said that our mothers, sisters and senior citizens were sitting here in the month of holy Ramazan. Blessed nights of Ramadan Kareem are coming ahead and I request you all to postpone the sit-in.

Commissioner for strict observance of SOPs during corona vaccination