NC should conduct elections according to FIFA statutes: Dr Fehmida 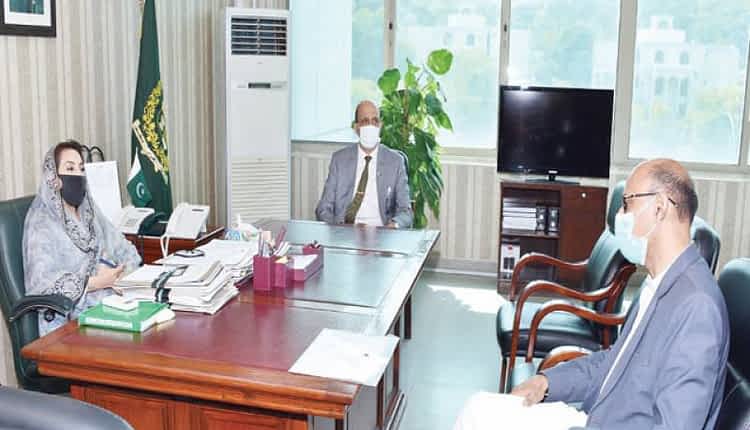 LAHORE – Federal Minister for Inter Provincial Coordination (IPC) Dr Fehmida Mirza has said that the government wants the revival of football in the country saying the Normalization Committee (NC) should conduct the elections within the framework of the FIFA statutes.

The minister met with NC member Shahid Khokhar here at her office while IPC Secretary Mohsin Mushtaq Chandna and Pakistan Sports Board (PSB) Director General Col (r) Muhammad Asif Zaman were also present on the occasion. The minister, who is also president of the PSB, said the government has been strictly following the policy of neutrality and impartiality in the matter. “The normalization committee may follow the roadmap and the time frame for conducting the elections in a fair, free and transparent manner within the framework of the FIFA statutes,” she said.

Dr Fehmida said the government is a regulator and the biggest stakeholder and wants the revival of football in Pakistan. “Football has suffered due to this ongoing crisis since the last several years and it should be resolved as soon as possible. The players, coaches and referees suffer the most. Football is a widely played in Pakistan and the government wants early resolution so that once again the game can be revived,” she added.

NC member Shahid Khokhar also said that they are willing to conduct elections and ready to take along the football stakeholders in Pakistan as elections are the only option.

Meanwhile, Dr Fehmida also met Syed Zahir Shah, Ex-president Khyber Pakhtunkhwa Football Federation, here at her office to discuss the ongoing crisis and ban on Pakistan football by FIFA. In the meeting, the minister heard the concerns and suggestions of Syed Zahir Shah and the possible way forward. She said the game of football should not suffer as athletes, coaches and referees were the ones who suffer the most.

Petrol price in Pakistan likely to witness an uptick: sources