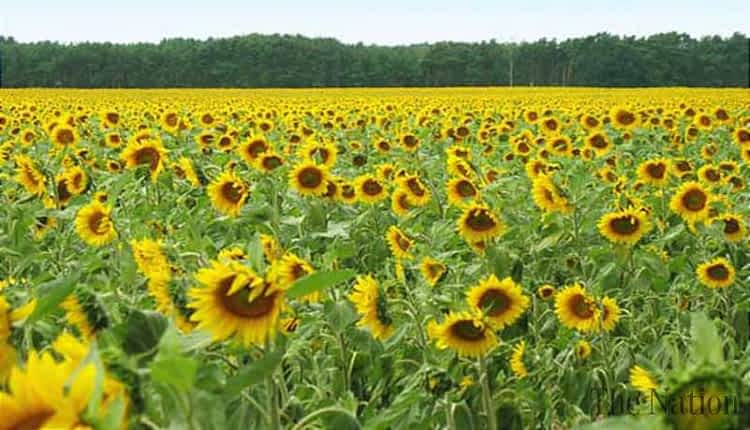 KASUR   –  Farmers have been advised to sow oily crops over maximum area to reduce the burden of import bill. Talking to APP here on Tuesday, deputy director agriculture (extension) Ahmed Naveed Amjad said that Pakistan imported 23 million tonnes cooking oil at a cost of Rs 350 billion annually and if oil extracting crops were cultivated at local level, the burden of import bill could be reduced to a great extent. He urged the farmers to sow sunflower, sesame seeds and other oily crops so that Pakistan could be able to produce cooking oil at local level. Ahmed Naveed said the annual consumption of cooking oil in Pakistan was 29 million tonnes while its local production was 7 million tonnes, however, Pakistan has to import 23 million tonnes cooking oil annually to bridge the gap of demand and supply.