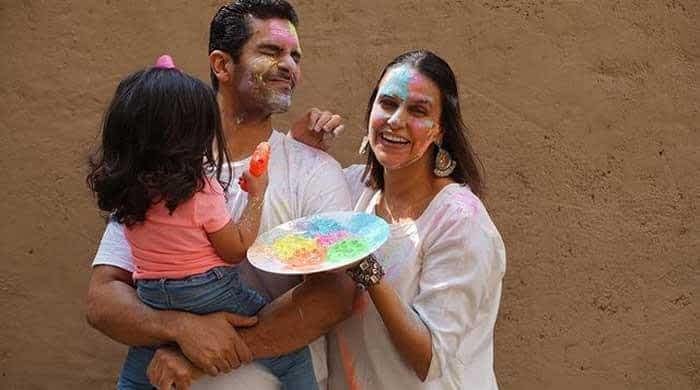 Indian actress Neha Dhupia has announced that she is expecting her second baby with husband Angad Bedi.

The Sheesha actress took to Instagram and announced to the world about her second pregnancy.

Neha posted an adorable photo with husband Angad Bedi and their daughter Mehr to make the special announcement.

She wrote “Took us 2 days to come with a caption….The best one we could think of was … Thank you, God.”

In the picture, Neha can be seen flaunting her growing baby bump.

The couple tied the knot secretly on May 10, 2018 and welcomed their first child, Mehr in November of the same year.

Karan Johar to announce his next directorial tomorrow